The New York Office of the Attorney General (OAG) has released a report on cryptocurrency trading platforms, finding that many are vulnerable to market manipulation and referring several exchanges to another agency for potential violations of state law.

The NYAG’s inquiry was launched in April, seeking voluntary participation from 13 of the world’s most notable trading sites, including Coinbase, Kraken, Bitfinex, Bittrex, and Binance, among others. The process carried forward in spite of the refusal to participate from some exchanges as well as then-Attorney General Eric Schneiderman’s resignation in May.

The newly-released Virtual Markets Integrity Initiative report drew issue with a number of practices put in place by the exchanges, including methods for monitoring and preventing market manipulation.

Indeed, the report states that several crypto trading platforms told the OAG that “it was impossible” to monitor or prevent market manipulation occurring on multiple platforms, meaning that exchanges are limited in their efforts to “police abusive activity.” While noting that exchanges like Gemini are seeking the ability to monitor more effectively, “some platforms do appear to be taking steps to improve surveillance.”

“The industry has yet to implement serious market surveillance capacities, akin to those of traditional trading venues, to detect and punish suspicious trading activity,” the NYAG report contended. “A platform cannot take action to protect customers from market manipulation and other abuses if it is not aware of those practices in the first place.”

The report also took aim at Kraken, which declined to participate and blasted the NYAG effort in a fiery public statement in April, stating:

“The OAG could not review the practices and procedures of non-participating platforms (Binance, Gate.io, Huobi, and Kraken) concerning manipulative or abusive trading. However, the Kraken platform’s public response is alarming. In announcing the company’s decision not to participate in the Initiative, Kraken declared that market manipulation ‘doesn’t matter to most crypto traders,’ even while admitting that ‘scams are rampant” in the industry.'”

The wide-ranging report covered a range of topics, including whether the exchanges in question are allowed to operate in New York – and if they are doing so even without permission.

Notably, the report said that Binance, Gate.io and Kraken had been referred to the state’s Department of Financial Services after an investigation into whether those exchanges are operating in New York. A fourth exchange, Huobi, was also investigated but not referred.

“The OAG investigated whether those platforms accepted trades from within New York State. Based on this investigation, the OAG referred Binance, Gate.io, and Kraken to the Department of Financial Services for potential violation of New York’s virtual currency regulations,” the report stated.

The NYAG’s office found that some exchanges could quantify how much trading activity on their platforms came from their own operations. Circle said it was responsible for less than 1 percent of the trading volume on Poloniex while BitFlyer USA conducts roughly 10 percent of the trades on its platform.

Notably, “Coinbase disclosed that almost 20 percent of executed volume on its platform was attributable to its own trading.”

The report also noted that while most exchanges use know-your-customer procedures, Bitfinex and Tidex do not, “requiring little more than an email address to begin trading virtual currencies.” However, the report did not offer a comment on any legal issues this may cause. 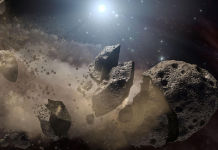 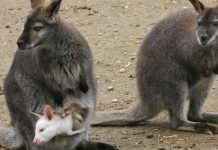 2 million want to raid Area 51 to ‘see them aliens’