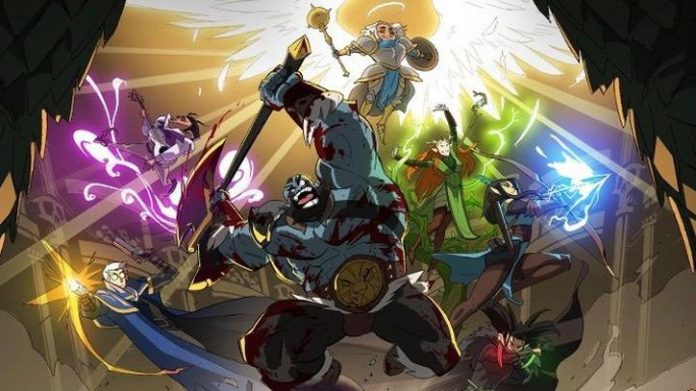 Fans of the role-playing fantasy tabletop game Dungeons & Dragons now have a new animated series to look forward to, thanks to an upcoming project that raised a record amount of money on Kickstarter.

That’s way over the project’s original $750,000 goal. And there’s still 42 days to go before the fundraising campaign ends on April 18.

The animated special is now the highest-funded television or film project in Kickstarter history, surpassing the previous record of $5.76 million set by Mystery Science Theater 3000, which was later acquired by Netflix.

On Wednesday, Critical Role announced that it plans to produce four 22-minute episodes of The Legend of Vox Machina.

“Now this has been highly requested and believe me, for five years it’s been our dream to tell these stories in animation,” Matthew Mercer, who serves as the group’s Dungeon Master, says in the video on the group’s Kickstarter page.

Set in the fantasy world of Exandria, the first two installments of the series will follow the seven-member Vox Machina team on its first mission, set before the events of Critical Role’s first campaign.

The next two episodes pick up the Briarwoods storyline, in which the Vox Machina crew avenge the murder of the rulers of the town of Whitestone and most of their offspring by the evil Lord and Lady Briarwood.

The series will be produced by Titmouse, an Emmy award-winning animation production company behind the shows Big Mouth and Star Wars: Galaxy of Adventures.

Writer Jennifer Muro (Star Wars Forces of Destiny) has signed on to script the special.

The Legend of Vox Machina is slated for fall 2020 release, though no word on where it will be distributed.

The Apple Card is now available, at least for those with an invite