The Crown is coming back to Netflix, but this time with a new queen. Netflix on Monday revealed that season 3 of the series will return on Nov. 17. This will be the first season with Olivia Colman taking on the role of Queen Elizabeth II.

The third season of the historical drama will feature an all-new cast in the lead roles. Colman takes over for Claire Foy, who won an Emmy for her portrayal of Queen Elizabeth, while Tobias Menzies steps in for Matt Smith as Prince Philip and Helena Bonham Carter takes over for Vanessa Kirby as Princess Margaret.

Hackers want you to be happy. People in a good mood... 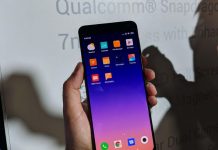