Dave Chappelle’s next Netflix comedy special, Sticks and Stones, is slated for an Aug. 26 release, the streaming service said in a tweet Thursday. Netflix shared a Morgan Freeman-narrated teaser promoting the special.

“If you say anything, you risk everything,” Freeman says in the clip. “But if that’s the way it’s gotta be, OK, fine. Fuck it. He’s back, folks.”

Sticks and Stones is Chappelle’s fifth Netflix comedy special. In 2016, the comedian signed a deal with the streaming service to release three stand-up specials, but he put out four. 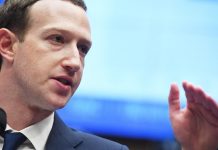