NASA’s NuSTAR X-ray observatory has spotted something a little weird. While imaging the Fireworks galaxy, NuSTAR spotted several mysterious bright sources of X-ray light, appearing as green and blue spots. Within days, the blobs had disappeared.

A recent study, published in the Astrophysical Journal, offers potential explanations for the appearance of a green blob near the galaxy’s center, which appeared and disappeared within weeks.

The main goal of the NuSTAR observations was to examine a supernova — a huge star explosion. The green blob, known as an ultraluminous X-ray source (ULX), shown at the bottom of the galaxy in the image above didn’t appear during the first observation, but showed up during a second one 10 days later. Another space telescope, NASA’s Chandra X-ray Observatory, then looked again and found the object, ULX-4, had quickly disappeared.

“Ten days is a really short amount of time for such a bright object to appear,” Hannah Earnshaw, a postdoctoral researcher at Caltech and lead author on the study, said in a statement. “Usually with NuSTAR, we observe more gradual changes over time, and we don’t often observe a source multiple times in quick succession. In this instance, we were fortunate to catch a source changing extremely quickly, which is very exciting.”

It’s possible the light was from a black hole consuming another object like a star, the study suggests. When objects get too close to a black hole, they can get torn apart by gravity, and their debris is pulled into a close orbit around the black hole. Material at the disk’s inner edge moves so quickly that it “heats up to millions of degrees and radiates X-rays,” NASA says. For reference, the surface of the sun is around 10,000 degrees Fahrenheit.

Most ULXs last for a long time because they’re formed by dense objects like black holes that “feed” on a star for a long time. Short-lived X-ray sources like this ULX aren’t as common, so its appearance could be explained by a scenario such as a black hole quickly destroying a small star.

There could be other possible explanations for the green blob’s appearance. The study’s authors suggest its source could be a neutron star, which is an extremely dense object created from the explosion of a star that wasn’t big enough to create a black hole. The mass of a neutron star is similar to that of the sun, but it’s only around the size of a large city. Therefore, neutron stars can pull in material and cause debris to move really quickly in a disk.

Neutron stars can create strong magnetic fields that form “columns” and take material to the surface. In the process, they generate strong X-rays. However, if the star is spinning super-fast, material can’t reach the surface and create these X-ray bursts. It’s kind of like an invisibility cloak — astronomers can’t see the neutron star’s X-ray signature. But if material does somehow sneak through, the invisibility cloak fails. That could explain why ULX-4 quickly appeared and then disappeared.

“This result is a step towards understanding some of the rarer and more extreme cases in which matter accretes onto black holes or neutron stars,” Earnshaw said in the statement. 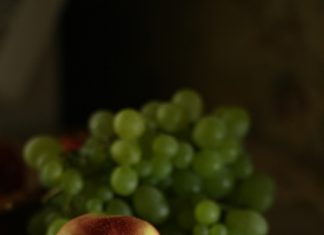 The best electric toothbrushes in 2019 for whiter teeth and a...