Scarlet Witch is no longer the only female Marvel superhero with her own standalone series on Disney Plus.

There’s now a Ms. Marvel series in the works for the streaming service. Disney made the official announcement at the biannual D23 convention in Anaheim, California, on Friday.

In 2014, Khan was given her own Ms. Marvel comic book series by Sana Amanat, G. Willow Wilson, and Adrian Alphona. She is the fourth character to take the name Ms. Marvel.

Ms. Marvel is a great character for Disney Plus, giving the new streaming network some much-needed diversity.

British writer Bisha K. Ali has been hired to write and act as showrunner for the Ms. Marvel series, The Hollywood Reporter reported on Friday. Ali is currently working on Hulu’s remake of Four Weddings and a Funeral.

The new series will be produced by Marvel Studios and will tie directly into the Marvel Cinematic Universe films, according to CNET’s sister site Comicbook.com on Friday. 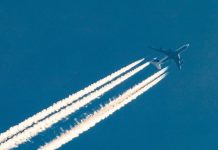