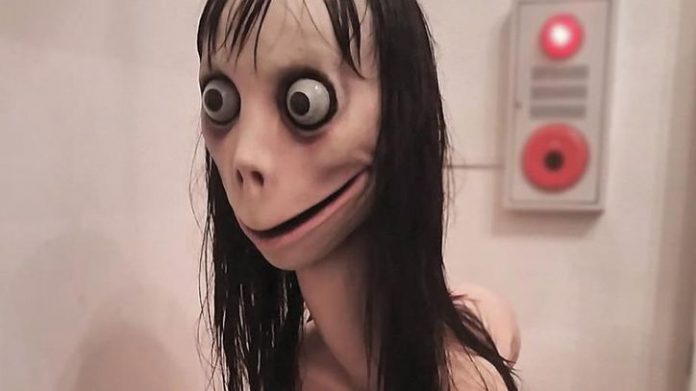 The supposed “Momo Challenge” made headlines recently, with representatives of YouTube saying the company has seen no recent evidence of videos promoting harmful and dangerous challenges on its site.

But when stories about the alleged challenge made headlines, they were almost always accompanied by an unnerving image of a dark-haired creature with enormous eyes and a huge mouth. Now the artist who created that sculpture says he’s destroyed the creation.

“The children can be reassured Momo is dead,” he told The Sun. “She doesn’t exist and the curse is gone.”

The original sculpture, called Mother Bird, shows a human-style head with long dark hair spread sparsely over the creature’s forehead, enormous round eyes, an oversized mouth and a flattened nose. The naked creature has the feet of a bird and not much of a torso. It was built in 2016 and displayed at Vanilla Gallery in Tokyo.

The artist confirmed to The Sun that he was inspired by the Japanese legend of Ubume, a woman who dies in childbirth and returns in changed form to haunt the living.

Only one eye remains of the rubber model, and he plans to recycle that eye in another work.

“(The sculpture) doesn’t exist anymore, it was never meant to last,” he told The Sun. “It was rotten and I threw it away.”

The supposed Momo Challenge reportedly originated on the WhatsApp messaging platform in 2018, and recently there were reports it had resurfaced on YouTube in the UK, allegedly hidden inside videos that appeal to kids. Aiso’s creature is supposedly shown as the face of a character named Momo who issues a series of challenges, including harming themselves and others.

Although UK police and schools issued warnings about the challenge, YouTube said it has no evidence the challenge has been hidden in videos.

Aiso said he intended the character to be scary but never intended it should be used to hurt anyone.

“It is a ghoul, about the death of a woman in childbirth, in a way its reason for being is to scare children, but it wasn’t supposed to be used in the way it has,” he said. “It was never meant to be used to make children harm themselves or cause any physical harm.”

He also said the creation was rotting and “looked even more terrifying” when he threw it out, and that he’s received threatening messages from those who think he was somehow involved in the challenge.

“I have no regrets that it is gone,” he said.

Who Created the Martini? ) ) These 7 Classic Cocktails Were Invented at...