Like so many automakers, Mercedes-Benz has a mission to electrify its lineup of vehicles in the near future and future powertrain technology won’t be reserved for just the top end of the spectrum. On Monday, the brand revealed the A-Class plug-in hybrid with a claimed estimated electric range of 40 miles for European markets.

Donning the “EQ Power” badge, which denotes any electrified Mercedes-Benz vehicle, the A250e will be available as both a hatchback and sedan. On this side of the Atlantic, we’re only treated to the A-Class sedan, and on that note, it’s unclear whether the company plans to bring the A-Class plug-in to these shores. Considering the brand’s push to electrify more vehicles with mild-hybrid tech, it seems inevitable.

As mentioned, Mercedes-Benz said the A250e will go 40 miles purely on electricity, though that figure comes on the notoriously liberal New European Driving Cycle scale. The EPA scale would likely peg the real-world electric driving range around 20 miles. Providing the electric power is an electric-motor generator married to the 1.3-liter inline-4 engine. A 15.6-kWh lithium-ion battery packs the charge. With both the electric motor and engine working in concert, the A250e makes a total of 218 horsepower and 332 pound-feet of torque. Power flows through an eight-speed dual-clutch transmission to the front wheels only.

Mash the throttle and Mercedes-Benz quotes a 0-62 mph time of 6.6 seconds and a top speed of 146 mph. Try the same motions with just the electric power and the top speed falls to 87 mph. After a day of driving, it’ll take just an 1 hour and 45 minutes to charge the A250e on a standard outlet, but thankfully, the plug-in hybrid accepts DC fast charging. Plugged in to a DC fast charger, 80% charge comes in around 25 minutes.

Mercedes-Benz touts this plug-in hybrid technology as its smartest yet. The third-gen system includes intelligent packaging to make space for the electrified part of the powertrain. Specifically, the exhaust under the vehicle floor and doesn’t run to the rear. The brand said this helps save a tremendous amount of space in the trunk — a major issue when packaging plug-in hybrid powertrains. For Europe, the system also includes route-based operations. Translation: The car knows when it enters a zero-emission area and will run on electricity only. 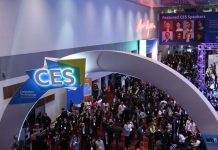