A co-founder of one of the most talked-about blockchain projects of recent years has launched a decentralized exchange (DEX), aspiring to make such platforms easier to use.

Announced today, Reto Trinkler has opened the new DEX, dubbed Agora Trade, in Malta – a nation that has become increasingly crypto-friendly with the passing of several pieces of legislation around the tech.

Trinkler is best known in the industry for his work at Melonport, the crypto asset management platform he started in 2016 with Goldman Sachs veteran Mona El Isa. The project earned the then 28-year-old Trinkler a spot on Forbes’ “30 Under 30” list of up-and-comers in European finance.

The new venture joins an increasingly crowded field of DEXs, which employ a variety of models but generally seek to address a longstanding problem with traditional, centralized crypto exchanges by allowing traders to control the custody of their assets.

Trinkler told CoinDesk that Agora will differentiate itself from the DEX pack in several ways. For example, Agora will offer trading of cryptocurrencies across different blockchains. While that’s not quite unique (Plasma DEX, for instance, does this too), it will set Agora apart from the many DEXs that run on top of ethereum and can only trade ether or other tokens created for that blockchain.

To start, users can trade NIM (the native cryptocurrency of the Nimiq blockchain) or ether, and Agora plans to add bitcoin, ethereum classic, EOS, NEO, and tezos next.

Further, orders to buy or sell on Agora Trade will be made off-chain and stored and matched on a central server. As a result, orders can be placed free of charge and trades can be completed faster, Trinkler said. “This allows us to have efficient order matching, while users don’t compromise [on] security.”

Trinkler hopes these features, combined with the security and autonomy of self-custody, will attract more critical mass than the trickle of trades most DEXs have seen to date. He told CoinDesk:

“Our goal is to be the cross-chain, non-custodial cryptocurrency exchange with the most unique visitors per day and the highest daily volume.”

Even for a DEX like Agora, a partly centralized solution in which orders are matched on one server is still the best option right now, Trinkler argued.

“Synchronicity is difficult to achieve in decentralized databases,” he explained. “For a user, it could happen that they think they matched a trade while in reality, someone else matched the trade and their database was just not synched fully.”

Still, Agora does not take custody of users’ funds. Instead, these are staked in a multi-signature, time-locked contract until the trade is settled, Trinkler said.

“This is essentially a smart contract (or blockchain script) that temporarily holds custody of users’ funds,” he said. “This allows us to accept off-chain orders free of charge, which then can still be settled on-chain.”

To make cross-chain trades faster and easier, Agora plans to integrate with Polkadot, the blockchain interoperability protocol, to which Trinkler contributed in his role as a council member and advisor to the Web3 Foundation. In particular, Agora will use Polkadot’s inter-chain communication feature to streamline the settlement of cross-chain trades.

But until that becomes possible, the exchange will use a mechanism called hashed time-locked contracts, better known as atomic swaps. While these work, to Trinkler’s mind they are overly complicated to execute.

“With inter-chain communication, this additional step of counterparties having to return and set up the second side of the swap goes away and the trading experience becomes very similar to the one of a centralized exchange.”

Interestingly, Trinkler’s reason for registering Agora in Malta is not just the crypto-friendly political climate, but the community it has attracted: major crypto exchanges such as Kraken, Binance and ZB recently opened offices on the island.

This is important to Agora because one of its priorities is creating a dark pool, or space where trades can be made without making them public.

“Having proximity to some of the largest crypto exchanges helps with pooling liquidity for the dark pool,” Trinkler told CoinDesk.

One more way Agora is trying to set itself apart among DEXs is with an integrated wallet that stores keys for holdings on multiple blockchains in an image file. Called “imagewallet,” it’s basically a picture of a QR code with a warning not to share it.

In the future, developers might employ steganography — a method of concealing an image within another image — as an alternative way to create a graphic wallet, Trinkler noted. As he explained it, somewhat poetically:

“The image is just a user-friendly way of storing a bit of entropy.”

As for his previous claim to fame, Trinkler would not say why he left Melonport in June of this year but said that project is in good hands.

“The main problems Melonport set out to solve have been solved and the team is well able to take on the remaining challenges,” he said. 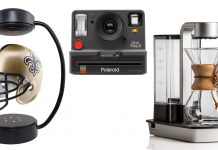