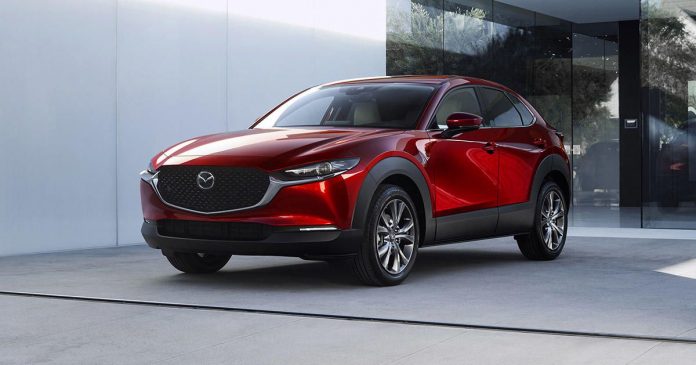 The newest Mazda crossover is called the CX-30, and it fits right in between the existing CX-3 subcompact and CX-5 compact models. (For that reason, it had been widely expected the car might be called CX-4 rather than CX-30.) Revealed Tuesday at the Geneva Motor Show, it’ll go on sale in Europe this summer before launching in other global markets. Though Mazda USA representatives have no official confirmation just yet, it’s almost a certainty the the CX-30 will also make it to the US.

As we’ve come to expect from the company’s other introductions, the Mazda CX-30 is a great-looking car with striking proportions. Black plastic fender cladding hints at SUV toughness, while a sloping rear window adds a dose of sportiness. Compared to the CX-3, the CX-30 has a slightly higher ground clearance, a longer length and a longer wheelbase, all of which contribute to making it a little more eye-catching than Mazda’s smaller crossover.

Mazda chief designer Ryo Yanagisawa told Roadshow on Wednesday, through a translator, that the CX-30 is the second vehicle with Mazda’s newest generation of its Kodo Soul of Motion design language. The first was the new Mazda3 — and going forward, all future models will follow this design language.

Though their silhouette is somewhat similar, Yanagisawa said that the 3 and CX-30 are distinguished primarily by the surfacing on their body panels: “The interplay of light and shadows is completely different.” On the Mazda3, light appears to plunge into the rear fender; on the CX-30, he said “the top of the front fender is the energy source.”

Obviously, as with most crossovers, the CX-30 also features lots of black plastic fender cladding. That reduces the visual height of the car, Yanagisawa said, “so the body looks slender and [like it’s] floating in the air.” With the clean upper panels and tough lower cladding, the car follows Mazda’s design brief of “sleek and bold.”

Within the cabin, and unlike Mazda’s other crossovers and the 3, the infotainment screen is angled toward the driver and the dash design wraps around onto the doors. That’s because the CX-30 is intended to be a multiple-passenger vehicle, and the wrap-around effect gives occupants, “a sense of safety and security.”

As a crossover, “we have four seats and adults can be seated comfortably even for a long journey” in the CX-30, Yanagisawa said. One of the most obvious design references to that is the fact that the windowline is the same height in front and back, whereas in the more driver-focused Mazda3 the beltline kicks upward. “So front occupants and rear occupants can share the same view of the journey,” Yanagisawa explained.

Interior materials, which have a total of four color combinations, are intended to give the car a more premium look and feel, Yanagisawa said. As to whether, like the CX-5 and CX-9, there would be a high-end Signature trim level, he said it’s still up in the air.

“We need to study whether we will have a Signature version,” he said, admitting that, “The Mazda brand is trying to shift to Mazda premium.”

Though US specifications have yet to be confirmed, the European CX-30 will offer a 2.0-liter inline-four gas engine and a 1.8-liter diesel, with both manual and automatic transmissions of six speeds on offer. Also available will be Mazda’s forthcoming SkyActiv-X compression-ignition powertrain, which like the 2.0-liter mill, will feature mild-hybrid technology. We’d bet that the diesel won’t make it to the US market, although Mazda does plan to sell a CX-5 diesel here.

Also on offer will be all-wheel drive, as is expected from any crossover, as well as Mazda’s G-Vectoring Control Plus torque-vectoring system.

Interior room is said to be generous given the CX-30’s exterior dimensions. Cargo space is pegged at 15.2 cubic feet by European measurement standards, which Mazda says is roomy enough to fit a large baby stroller and a large bag. Mazda says it designed the seat cushions so passengers can slide in and out more easily.

The CX-30’s interior design is pretty and mostly reminiscent of other new Mazda crossovers, with an 8.8-inch dash-mounted infotainment screen operated by a rotary controller. Mazda says engineers specifically made sure to make the A- and C-pillars as narrow as possible to improve visibility, and that a high driving position was chosen to further improve forward sightlines.

Active-safety technologies include the things like pre-collision braking, as well as advanced features like a driver monitoring function that uses infrared cameras to keep tabs on the driver’s alertness level, forward cross-traffic alert for junctions and a low-speed traffic-jam assist that can control the car’s steering, braking and acceleration in busy traffic. As to passive safety, a knee airbag is standard globally, and the front bumper and hood are designed to soften the impact on a pedestrian in an accident.

Despite being one of Mazda’s smaller models, the CX-30 doesn’t scrimp on refinement. Mazda noted that engineers fitted extra sound-deadening materials and even took steps like reducing the number of holes cut into the carpet to keep NVH out of the cabin. That’ll make it all the easier to enjoy the standard eight-speaker or optional Bose 12-speaker audio systems.

Though it’s still unknown when it will launch in the US market, the Mazda CX-30 looks to be a great addition to the company’s crossover lineup, splitting the difference between the CX-3 and CX-5 and, hopefully, offering all the same driving satisfaction we’ve come to expect from the brand. 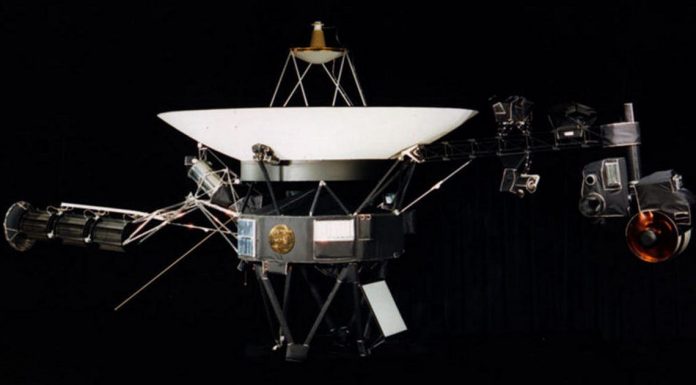