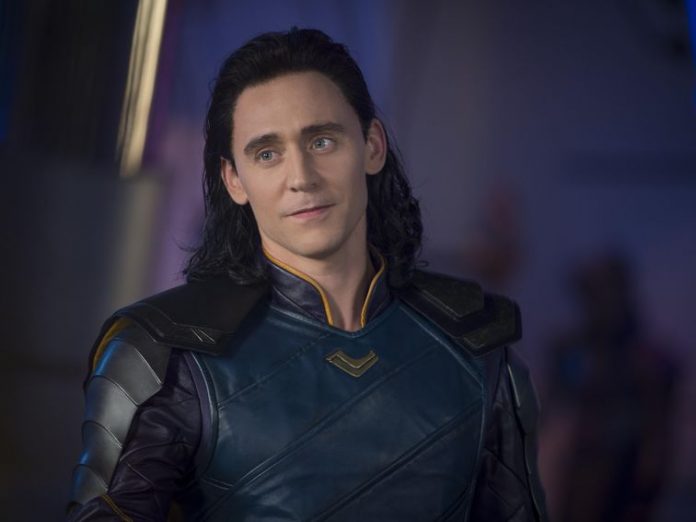 In between MCU Phase 4 reveals for Marvel Studios’ films like Black Widow, Thor 4 and Shang-Chi, the first Marvel television shows destined for the Disney Plus streaming service were detailed Saturday at San Diego Comic-Con 2019.

Marvel’s WandaVision, starring Elizabeth Olsen and Paul Bettany, will have a multiverse aspect which will directly tie into 2021’s Doctor Strange: In The Multiverse of Madness.

The show will also include an adult Monica Rambeau, first seen as a child in Captain Marvel, played by Teyonah Parris.

WandaVision is set to debut on Disney Plus in spring 2021.

Coming a bit sooner than that will be The Falcon and the Winter Soldier, starring Anthony Mackie, Sebastian Stan and Daniel Brühl. A new logo for the show includes an aspect of Captain America’s design, possibly confirming that we’ll pick up with Falcon essentially being the new cap. The show is set to debut in fall of 2020.

Fans inside Hall H at Comic-Con on Saturday night were treated to our first looks at the upcoming Disney Plus shows. Falcone and Winter Soldier stars Anthony Mackie and Sebastian Stan, respectively, and looks WILD.

Also set for spring 2021 is Loki starring Tom Hiddleston. The actor confirmed at the panel that the show will feature the version of Loki seen in 2012’s first Avengers film.

The animated Marvel What If…? series will feature actor Jeffrey Wright as the narrator to a variety of stories that will change a major aspect of what was seen in the MCU films. For instance, one story could be what would happen if Peggy Carter became Captain America instead of Steve Rogers. That show will debut in summer 2021.

Then come fall of 2021, Disney Plus will debut the new Hawkeye series starring Jeremy Renner and will feature Kate Bishop. In the comics, Bishop becomes a second Hawkeye.

These TV shows will join other Marvel films that have released theatrically starting in 2019, all of which will be exclusive to the Disney Plus service that is set to debut on Nov. 12 in the US for $7 a month.