Spider-Man’s future in the MCU might be in question, but he’ll still be entertaining fans — albeit young ones — in a new animated series just for Disney Jr.

On Friday at D23, Disney announced Marvel’s Spidey and His Amazing Friends animated series, which will debut in 2021 on Disney Jr.

The series will follow the adventures of not only Spider-Man, Miles Morales and Spider-Gwen aka Ghost-Spider, but also Ms. Marvel, the Hulk and Black Panther.

“Preschool kids already love Spidey, so they’ll be delighted to have Peter Parker thwipping across their screens in this new series,” Marvel Animation & Family Entertainment SVP Cort Lane said in a statement Friday. “We believe parents and kids will be excited about these stories filled with themes of friendship, cooperation, solving problems and using your abilities to help others.”

No cast announcements have been made yet, but it’ll be interesting to see Spider-Man and his pals have family-friendly adventures geared toward a younger audience.

Op-Ed: How Air Gap Technology Has and Will Secure Our Cryptocurrency Assets

Tech giants and US officials meet to discuss 2020 election security 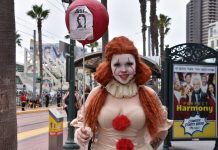