Saturday’s wild unveiling of the Marvel Cinematic Universe‘s Phase 4 at San Diego Comic-Con 2019 might have been your first time hearing about the Eternals — set for release Nov. 6, 2020. They’re the next superpowered group to join the MCU, and Marvel Studios sure has assembled a superpowered cast to get everyone interested in this cinematic debut.

Marvel Studios head honcho Kevin Feige introduced the cast and director Chloe Zhao at the Marvel Studios panel. Her previous film, The Rider, got a score of 92 on CNET sister site Metacritic. But it’s also a naturalistic indie film, a far cry from the effects-driven banging and crashing of a Marvel movie. She’ll no doubt bring a cool sensibility to the Eternals.

But what even is an Eternal, you ask? You’ve already met one: Thanos. The big purple mass murderer took center stage in Avengers: Infinity War and took on a whole bunch of heroes in Endgame. Like Captain Marvel and Guardians of the Galaxy, the Eternals will shine the spotlight on Marvel’s cosmic comic characters.

Who are the Eternals?

Thanos may be the only Eternal we’ve seen on screen, but Eternals have a comic history that stretches back to 1976. They were dreamed up by Jack Kirby, co-creator of the Avengers, the Fantastic Four and the X-Men, after he created the very similar New Gods for DC six years earlier.

In the comics, they’re an evolutionary offshoot of humanity living on Earth who possess greater powers and have longer lifespans. The Celestials, a group of space gods, created them to defend Earth.

For more on the characters from the comics, check out our sister site ComicBook.com’s detailed explainer.

What else is coming in Phase 4?

Feige gave us plenty of other movies to salivate over during the MCU panel: Black Widow, Thor 4: Love and Thunder, Shang-Chi and the Legend of the Ten Rings, Doctor Strange in the Multiverse of Madness and Blade.

He also dished out some details about the Marvel TV shows coming to the Disney Plus streaming service: WandaVision, Loki, The Falcon and Winter Soldier, the animated What If…? and Hawkeye. 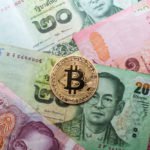