The city of Dublin, Ohio, has been quietly pursuing a blockchain experiment focused on personal identity.

Dublin, a suburb of Ohio’s state capital, Columbus, revealed its work through a request for proposal (RFP) document published last month. With the trial, Dublin becomes the latest municipal government to explore possible public-sector applications of the technology.

The city announced its intention to test blockchain by developing a database that allows local officials to create a secure, private system which will collect and store personal information and preferences, as well as create an internal “token of value.”

One proposed use case: enabling registered users to submit votes on the network and see an aggregated result of the votes, according to the RFP.

“To begin, the city hopes to prove the viability of identity, basic voting, opinion survey, and a token of some arbitrary value,” the RFP explains, going on to state:

“It is the city’s belief that more robust applications of blockchain technology may become commonplace and so the city desires to establish a base technical foundation upon which it will build additional functionality. This project will also allow the city to develop skills and expertise around this emerging technology.”

In an addendum to the RFP, which updated the due date to Sept. 14, 2018, the city added that it was not requiring a specific budget. Rather, due to the experimental nature of the proposal, Dublin officials expect to establish a cost for the trial as proposals become submitted.

“We expect this solution to be one of the only functioning distributed ledger applications being run by a municipality in the state of Ohio. We expect to promote the solution widely, using our reputation as a center of innovation to aid the winner in showcasing the solution far and wide,” the document stated.

Requests for comment about the proposed trial were not returned by press time. 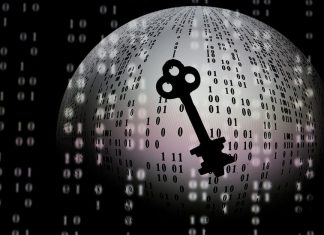 E3 2021 streaming Program: All the Occasions That You Want to...