D-Day, June 6 1944, was the largest marine invasion in history. 156,000 men hit the beaches in Normandy. In less than a year Hitler’s war machine was beaten and the Allies victorious. Countless volumes have been written about the incredible vehicles that helped make this possible. Fighters and bombers, submarines and aircraft carriers, tanks and jeeps, and more.

One of the most vital of all is also one of the most unassuming. It’s not a battleship, or even a destroyer. It’s slow, barely armed and cheaply built. I’m talking of the humble Liberty ship. These quick-to-build cargo vessels helped ferry men and materials across the Atlantic so they’d be in place for the invasion of Fortress Europe. Some were even used to get soldiers and equipment across the English Channel on D-Day.

Meet the SS Jeremiah O’Brien, one of the 2,710 Liberty ships built between 1941 and 1945, and one of only four still in existence. It took part in the D-Day invasion, sailed across the Atlantic, Pacific and Indian oceans, and is now a museum ship in San Francisco. Here’s a look inside.

The Liberty ship was designed to be built quickly and cheaply yet remain reliable. Shipwrights used welding instead of the slower riveting, and an obsolete but rugged and easy-to-build triple-expansion steam engine. Before Liberty ships, no one had previously built welded ships in great numbers, while the engine was new technology back when Lincoln was president.

Though they possessed a few machine guns, Liberty ships weren’t meant to defend themselves. Instead they were part of convoys, protected by a phalanx of Navy ships on the surface, and often aircraft and blimps in the sky above.

The Jeremiah O’Brien was laid down on May 6, 1943 in Portland, Maine, and completed just 44 days later. As incredibly fast as that is, some Liberty ships were built even faster (the record, a publicity stunt, was built in under 5 days). The O’Brien’s average speed was glacial 13 mph (21 km/h). For comparison, the aircraft carrier USS Midway, completed less than 2 years later, had a top speed three times faster despite being three times larger.

In early June, 1944, the Jeremiah O’Brien joined the nearly 7,000 ships of Operation Neptune. In addition to four trans-Atlantic crossings, she also spent 16 months carrying cargo in the Indian and Pacific oceans.

After the war, she was mothballed near San Francisco. In the late ’70s she was restored not just to museum condition, but sailing condition. Her massive reciprocating engine was brought back to life by a team of restoration experts. They did such a great job that James Cameron used the engine room as a stand-in for the one on the movie Titanic (the original wasn’t available).

Museum on the move

For the 50th anniversary of D-Day, some original Liberty ship sailors (who were by then septuagenarians), and some cadets from the California Maritime Academy, sailed the O’Brien from San Francisco, through the Panama Canal, up to Portland, Maine and eventually all the way back to Normandy.

Even today, usually several times a year, the boilers are lit and the O’Brien eases away from the dock out for a cruise around San Francisco Bay. She’s one of only two seaworthy Liberty ships still in existence, and the only one in her original configuration.

The SS Jeremiah O’Brien is easy to get to, at the end of Pier 45 in San Francisco, just past the USS Pampanito, a WWII-era submarine with its own incredible history (and that we also recently toured).

Tickets to the O’Brien aren’t cheap, $20/ £16/AU$28 for adults. However, that goes to maintaining this rare piece of history, and it’s a great tour, with most of the ship open, including, usually, the engine room. Or for now, check out the gallery above. 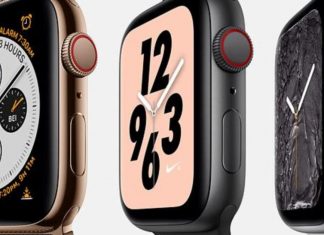 Colman Ma - January 2, 2019
0
Credit: AppleEven if you are a diehard luxury watch enthusiast who mostly covets the likes of Rolex, Omega and Breitling, you...