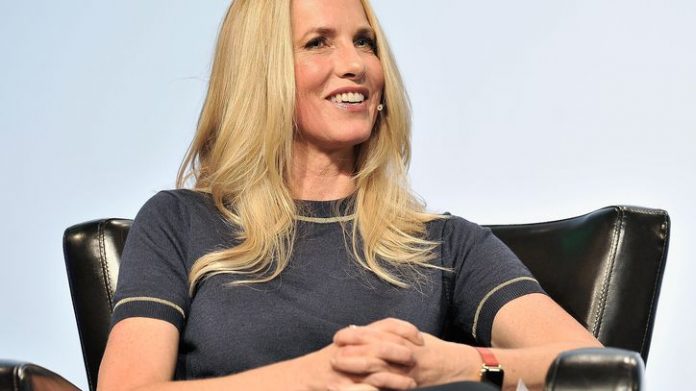 As one of the world’s richest women, worth an estimated $19 billion, she has been investing in journalism through her efforts at the Emerson Collective. The organization, which has been described as equal parts think tank, foundation and venture capital fund, acquired a majority stake in The Atlantic, Pop-Up Magazine and Axios. Powell Jobs said she’s willing to invest more.

What’s driving her interest is the ongoing collapse of the news industry, she said in an interview with Recode’s Kara Swisher at the Lesbians Who Tech conference in San Francisco late Friday. That and the attacks on it from people like President Donald Trump.

“It’s right out of a dictator’s playbook,” she said. And, it’s working. “If you look at polls about the degree to which people trust any news source and even credible fact checking organizations is at an all time low.”

To Powell Jobs, journalism as an integral part of democracy, on par with other issues she’s focused on such as education, immigration and the environment. Which is what drove her to invest in news organizations.

Powell Jobs, who is the widow of Apple co-founder Steve Jobs, isn’t the only person from the tech world investing in the news. Amazon CEO Jeff Bezos owns The Washington Post (which, incidentally, published a profile of Powell Jobs last year), and Salesforce CEO Marc Benioff owns Time Magazine. In each case, they’ve said they were inspired by their respective publications histories of telling important stories that affect public discourse.

For her part, Powell Jobs said she didn’t intend to buy stakes in media properties, initially. But, she said, “Now that we have a really beautiful portfolio of properties super high quality and important journalism, I’m open to more.”

In her talk she also shared a story about meeting with Trump. She’s spoken with him in an effort to save President Barack Obama’s 2012 Deferred Action for Childhood Arrivals (DACA) program, which protected up to 800,000 people illegally brought to the US as children from deportation. Trump ultimately said he’d end DACA, drawing criticism from around the tech industry. (His move is being challenged in court.)

At the end of the meeting with Trump, Powell Jobs recounted that he said, “I really like your dress,” rolling her eyes after repeating the comment. The crowd booed and hissed, to which Powell Jobs responded, “I know. And I thought, ‘The things I will do,’ y’know?”

The White House didn’t immediately respond to a request for comment.

The Galaxy Note 10 dilemma: Getting out of the Galaxy Fold’s shadow