Google’s Pixel 4 leaks may have taken a turn this summer when Google outright confirmed the phone’s existence and some new features a few weeks ago. Since then, the leaks haven’t stopped.

The latest gives us a full look at the forthcoming phone in video form. First spotted by Slashleaks and 9to5Google, Malaysian retailer Halo Mobile has seemingly posted a quick hardware tour of the phone on its Facebook page.

While not as thorough, Halo Mobile isn’t the only retailer teasing the new phone’s arrival. Best Buy appears to have set up a “coming soon” page for the Pixel 4 as well.

With Google already confirming the multiple rear cameras and the top bezel centered around Project Soli radar detection, the video doesn’t show too many new details, but it does give a clearer first look at the rest of the phone and its bezels.

Google traditionally updates its Pixel line in October, so one way or another the rest of the Pixel 4 should be known soon. The company did not immediately respond to a request for comment.

The Galaxy Note 10 dilemma: Getting out of the Galaxy Fold’s... 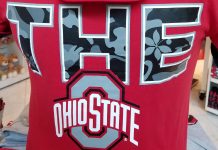 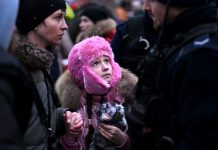