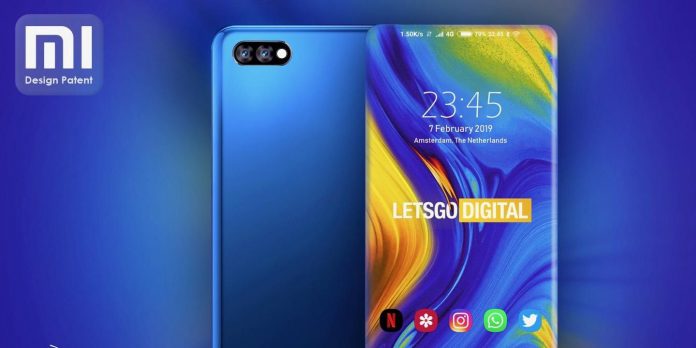 Since the Galaxy Edge came out in 2014, Samsung’s flagship phones have had curved edges on the right and left sides of the screen. The effect when you hold a Galaxy S9 or Galaxy Note 9 is that it feels like you’re kind of holding the internet right in your hand. The upcoming Galaxy S10 is expected to have the same curved right and left edges. But what about the top and bottom edges?

On Tuesday, Chinese phone maker Xiaomi had a patent published for a phone screen with four curved edges (top, bottom and sides). As reported by Dutch website LetsGoDigital, the patent was published in the World Intellectual Property Office (WIPO) Global Design Database. The included illustration shows a mock blue Xiaomi phone with the four-sided curved display. It looks absolutely gorgeous. However it’s not real. At least for now.

Obviously, patents need to be taken with a grain of salt. But I am hopeful that a phone with such a display will one day be a reality. Until then, I’m going to get lost down the rabbit hole that is foldable phone screens.

Xiaomi did not immediately respond to a request for comment.

On SpaceX’s Crew Dragon a star is born: A plushie toy of Earth