It certainly wouldn’t be Monterey Car Week without a flood of new concept cars and supercars. Lamborghini didn’t disappoint and revealed not one but two models on Friday.

First up is the Lamborghini Aventador SVJ 63 Roadster. Naturally, it follows the SVJ 63 Coupe revealed previously and it’s also limited to, as the name implies, 63 units globally. The production figure corresponds with the Italian firm’s founding year of 1963. Any 1 percenters looking to add a new supercar to the garage will have the chance to select one of eight design motifs for the SVJ 63 Roadster, though the photos depict the matte gray Grigio Acheso with orange details.

The car also sports a set of matte titanium wheels and a special carbon-fiber part that covers roof, engine cover, engine air vents, windshield surround and mirrors. There will be no mistaking this special edition for any other Aventador as it wears a “63” livery inside and out, too.

The cockpit of this Aventador SVJ 63 Roadster features gray and orange to match the exterior, though it shares other elements with the seven additional design motifs. Each of the 63 cars will come with tri-tone Alcantara upholstery, carbon-fiber trim and a steering-wheel badge to mark the SVJ 63 Roadster’s significance. Like all other SVJs, a 6.5-liter V12 makes 760 horsepower.

If the Aventador SVJ 63 isn’t flashy enough for you, the Huracan EVO GT Celebration should do the trick. It honors the Huracan EVO GT3 race car that’s come off of two banner racing seasons, including two consecutive wins at the 24 Hours of Daytona and 12 Hours of Sebring. The company said it will build 36 of these cars — the sum of 24 and 12 to represent the EVO GT3’s dominance on the track.

The wild green and orange livery is meant to evoke the GRT Grasser Racing Team livery, which is one of the teams that’s contributed to Lamborghini’s winning streak. I admit, it’s rather polarizing, but the company said there are eight other combinations to choose from with three other colors.

No matter which color, the livery style stays the same, as does the racing number 11. Badging and vinyl also mark the race car’s championship wins on the sides and near the engine bay. Finally, the Lamborghini Squadra Shield is an option for the roof with the Italian and US flags framing it. Meanwhile, the interior features the shield, flags and laurel as standard equipment and color-contrast stitching depending on which color scheme an owner chooses.

The kicker? It has the same V10 engine found in the GT3 race car. A shame if you’re not local to North America because other global buyers won’t have the chance to own an Huracan EVO GT Celebration. Both special-edition cars will arrive in early 2020.

Lamborghini’s Aventador SVJ is more than a ‘Ring monster 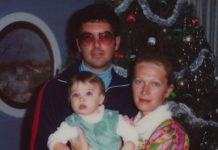