At the University of California, San Diego, a petri dish full of what look like tiny pearls might be doing some thinking. Or at least that’s what a machine learning algorithm reports after detecting spikes in neural activity. In a study published Thursday in Cell Stem Cell, researchers detailed how a clump of 9-month-old lab-grown minibrains (classified as organoids) have begun generating electrical patterns similar to those observed in premature newborn babies. It’s the first time such activity has been achieved in a brain-in-a-dish, according to the researchers.

“We couldn’t believe it at first — we thought our electrodes were malfunctioning. Because the data were so striking, I think many people were kind of skeptical about it, and understandably so,” Muotri said in a release.

“They are far from being functionally equivalent to a full cortex, even in a baby … In fact, we don’t yet have a way to even measure consciousness or sentience,” Muotri said.

To measure activity in the organoids, researchers used data from babies born up to three-and-a-half months premature. Then they developed an algorithm to predict their age based on electrical patterns captured by an electroencephalogram, or EEG. When the algorithm read the lab-grown brain organoids in the same way, it assigned them an age. The 9-month-old organoids showed features similar to those of a premature infant who reached full, 40-week term.

Researchers say their findings could open new doors to understanding mental illness and epilepsy. In July, the research team launched a payload of the brain organoids to the International Space Station to study extra-orbital brain development and its implications for space colonization. 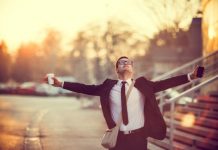