After nearly a year of acrimonious debate, the Sia blockchain is moving to give big mining companies the boot.

David Vorick, founder and CEO of Nebulous – the for-profit company behind the $233 million distributed storage protocol – told CoinDesk that Sia will soon move to enact a software change meant to block certain types of specialized mining hardware from the platform, allowing hardware manufactured by Nebulous subsidiary Obelisk to remain one of the only ways to collect the blockchain’s lucrative cryptocurrency rewards.

In a draft statement on the decision acquired by CoinDesk, Vorick wrote that the company wants to embrace an “ASIC monopoly,” arguing the system-wide upgrade, or hard fork – “is better than resisting ASICs altogether.” That said, he added: “We don’t believe that a cryptocurrency needs to embrace a parasitic or abusive ASIC monopoly.”

Continuing, Vorick emphasized that the code change is optional, and is configured in such a way as to “enable a group of dissenters to easily split off and be on a separate blockchain where the hard fork was never implemented.” According to the blog post, such a split will not impact the functionality of the Sia network.

Still, Vorick portrayed the code change as a near-unanimous decision taken by the community, and this Reddit thread – the closest thing to an official vote that was held in the community – appears to show broad support for the decision. The sentiments expressed represent a change from January, when another proposal to similarly fork Siacoin failed.

During those months of back-and-forth, some community members appeared just as concerned about Nebulous’ consolidation of power as they were about Bitmain or Innosilicon (the latter, Vorick made clear, is the “monopoly” he has in mind).

Meanwhile, some in the community saw a fork as amounting to a bailout of Obelisk by Nebulous – a way to turn back the clock on production delays, political rifts and threats of legal action. The Reddit post containing the proposal argues, however, that it “seeks to protect the community members who invested in Obelisk ASIC units,” not the company itself.

In his statement and an interview with CoinDesk, Vorick described the motivation and method for bricking Innosilicon’s ASIC miners.

Vorick said that Innosilicon controls 37.5 percent of the network’s total mining power through its own mining operation. The company also sells ASICs to other miners. Since they “have the only rig capable of competing,” Vorick wrote, Innosilicon is able to charge an estimated 100 percent markup on this hardware.

Speaking to CoinDesk, he described the method behind the so-called Sia kill switch, or the software change to disable hardware which the fork will activate:

“Basically blake2b [Sia’s hash algorithm] is a circuit, and we added just a tiny extension in a clever place that you wouldn’t just naively think to add that extension. So basically we made our circuit just very slightly more complex in a very sort of random way, and this is something that we do not expect anyone else to have anticipated.”

As a result, as soon as the network’s nodes adopt the upgrade, chips designed to run the unaltered blake2b algorithm will be useless for mining Siacoin.

“We believe that this will break tens of millions of dollars of hardware,” said Vorick.

Notably, other networks have considered or followed through with similar forks aimed at disabling ASICs. For example, Monero did so in April, and momentum is building toward a similar change in the second largest blockchain by market capitalization, ethereum.

Sia’s decision is unique, however, in that the goal is not to keep ASICs off the network entirely – Vorick has written that this is a losing battle and diminishes a coin’s security – but to block ASICs made by particular companies.

If Innosilicon and Bitmain move as fast as possible to produce new hardware, Vorick told CoinDesk, they may be able to replace the bricked ASICs in three or four months. In the interim, then, miners sold by Sia’s sister venture Obelisk will have the run of the network.

But there are risks inherent in such a fork.

Vorick noted in a blog post that, in the short term, the move to remove the hardware – currently comprising the majority of the network’s hashrate – will be “a step backwards” for Sia’s security. Still, the developer continued by arguing that the effort will lead to a “healthy mining community and a higher overall difficulty” in the long term.

For some, the decision to brick some ASICs in order to favor hardware manufactured by a Nebulous subsidiary is a suspicious one. Vorick said that the decision “originated from the community” and met with “almost no dissent,” but it is likely to be seen by some as a decision taken by Nebulous for its own benefit.

“This Obelisk fork is an example of the dev team acting as a central influence to modify the network protocol to save their own investment,” a Reddit user wrote in August when the fork was still being discussed. “This sort of centralized influence is exactly what we strive to avoid in the blockchain world.”

To understand the debate that’s unfolded – and which this decision may or may not bring to a close – it’s necessary to go back to June 2017, when Obelisk was publicly unveiled, along with its plans to sell a Sia ASIC.

By December, said Vorick, Sia developers were already receiving “unverifiable” tips (detailed by a Sia community member on Medium) that someone had secretly built their own ASIC and was using it to mine Siacoin. The following month, Bitmain publicly revealed their Sia ASIC, and it soon became clear that the company had been using it to mine on the network since November.

If being beaten to market twice weren’t bad enough, Obelisk missed its June 30 target for shipping the first batch of ASICs by weeks, leading to threats of legal action from at least two parties, as CoinDesk reported in August.

Zach Herbert, Obelisk’s VP of operations, said of the legal threats: “Obelisk has fewer than five small claims suits and arbitration claims in various jurisdictions. While we have received legal threats from a couple customers, none have filed lawsuits against Obelisk or Nebulous.”

As for the possibility that Nebulous is pushing a fork in order to reduce legal threats against its subsidiary, Herbert dismissed that idea.

“We do not believe the Sia fork will have a significant impact on existing legal actions,” he told CoinDesk. 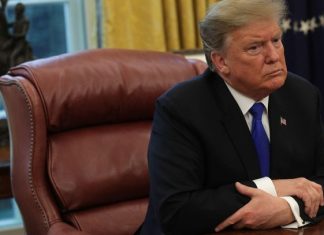 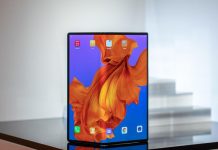