Despite the downturn in the crypto markets so far in 2018, executives from several bitcoin mining firms have said this scenario has been seen before and they are not deterred by current low prices.

Speaking on stage at CoinDesk’s Consensus Singapore 2018 event Thursday, Alex Ao, founder of Chinese firm Innosilicon – which launched in 2014 to become one of the first bitcoin ASIC makers – said he believes the mining business has its own cycles and the current bear market is actually a good time for his firm to double down on its efforts.

“We started out in 2014 and saw the price of bitcoin go up and down over the years, but we still believe in the future. … History always repeats itself and that’s the nature of economy.”

Monzon continued to say that Bitfury doesn’t even plan to expand its efforts to mining cryptocurrencies on other networks, at least not in the short term. “It’s too early to decide on going to other cryptocurrencies,” he added.

As a sign of that focus, the firm this week announced the launch of its latest bitcoin ASIC chip – one that it claims will bring new efficiencies to bitcoin mining.

The Bitfury exec also commented that the mining industry shouldn’t be “overly concerned” that traditional chip makers such as Intel and NVIDIA have now entered the space. The design requirements for traditional chips are very different from those needed for crypto, he said, and in fact that provides the industry a special advantage.

Even if history is repeating itself in terms of price cycles, the market dynamics of cryptocurrency mining are certainly shifting, with major industry players now more mature and even eyeing initial public offerings (IPOs).

As CoinDesk has reported, another mining firm, Canaan Creative, has already filed an application to go public in Hong Kong, as has Bitmain – although its bid to go public hasn’t been without controversy.

Further, Bitmain, which has a dominant position as a maker of cryptocurrency mining hardware, is facing increasing disruption from competitors, as well.

Discussing these factors, Xin Xu, CEO and co-founder of ethereum mining pool SparkPool, said a sign that the cryptocurrency market has become relatively more mature is that the mining industry is “starting to get into the public’s eye sight.”

Still, the industry players on the panel were somewhat skeptical when discussing the IPO aims of some mining companies.

Speaking from an investor’s perspective, Bing Lin, CEO and co-founder of C Block Capital Group, said that, after having reviewed the financial numbers of many mining firms, he believed that many of them spent their revenue on seemingly irrelevant research and development, such as on AI and the internet of things.

“That’s like investing in the sesame, not the steak. I don’t feel that being listed necessarily gives you an advantage. Money is not necessarily the only driver.”

Adding to that point, Innosilicon’s Ao commented: “If you truly believe in blockchain, you would continue to be creative without the constrains after going for public money,” referring to public firms’ strictly mandated earnings disclosures and financial stability.

Monzon further expressed doubts that there will be an IPO from a crypto mining firm in 2018, adding: “I don’t think Bitmain’s business model is even sustainable.”

The best smart home devices of 2019 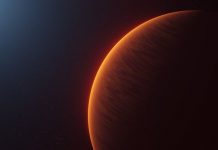 Scorching exoplanet is a little bit like Earth in a single...