The state of Georgia can’t use its current electronic voting machines, election management software or servers after 2019, according to an order from a federal judge Thursday. It’s the latest decision in a long-running legal fight over the security of voting tech in the state, and effectively requires Georgia to get a new system in place for the 2020 presidential primaries.

The order, written by District Judge Amy Totenberg, requires Georgia to come up with a plan that’ll allow the state to avoid using its current technology, which includes electronic voting machines with no paper records of ballots. Georgia is one of the last states to solely rely on such machines, and voting rights advocates around the country are pushing to end their use. Voting machine manufacturer ES&S is also phasing out paperless machines.

The state of Georgia is in the process of getting new electronic voting machines and vote tallying software. Totenberg’s order means the state can’t fall back on the old election management software and paperless machines and election management software — referred to as the GEMS/DRE system — if the new tech isn’t ready in time. That could mean using paper hand-marked ballots and forgoing voting machines altogether.

“Continued use of the GEMS/DRE system past this 2019 cycle of elections is indefensible given the operational and constitutional issues at stake,” Totenberg wrote.

Totenberg said Georgia has had enough time to get a new system in place. That’s different from last year, when Totenberg found the security of the technology insufficient but said there wasn’t enough time for Georgia election officials to change it before the 2018 midterm and gubernatorial elections.

“This is a big win for all Georgia voters and those working across the country to secure elections and protect the right to vote,” said David Cross, an attorney for the plaintiffs who sued to challenge the use of the state’s current election technology. “The court ordered Georgia to finally take critical steps it has long refused to take to protect elections against interference and voters against disenfranchisement.”

Georgia Secretary of State Brad Raffensperger said in a statement that the plaintiffs are activists “attempting to force their preferred policy outcomes on Georgia voters without success.” Nonetheless, Raffensperger said his office is pleased with the judge’s approval of the state’s plan to move to a new paper ballot voting system. 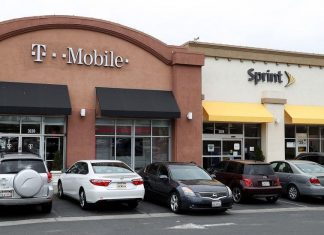