Offering both Google Assistant and Android TV, the JBL Link Bar is one of the most feature-packed, and most delayed, sound bars on the market. Originally scheduled to debut in 2018, JBL’s voice-controlled combo sound bar-streaming box is finally on sale for $400.

The JBL Link Bar is an HDMI-connected sound bar that offers Google Assistant voice control in addition to streaming content via Google’s own Android TV. It appears to be based on the company’s earlier smart sound bar, the Link 300, which doesn’t offer video streaming.

The Link Bar offers three 4K-compatible HDMI ports and an HDMI ARC output, plus it has built-in Chromecast for multiroom streaming from phones and Chrome browsers. The company also offers an optional subwoofer for $300.

For those who don’t like the idea of having a live microphone in the house, the Link Bar also includes a feature called PrivacySwitch the company says will “ensure the highest level of security and privacy and leave hackers out of the house.”

The Link Bar is late to the party, and at least two competing products offer compelling alternatives, though neither offers video streaming. The first is the Polk Command Bar, which was designed in conjunction with Amazon, incorporates Alexa and includes a subwoofer. The second is the Sonos Beam, which has both Alexa and Google Assistant plus the well-established Sonos ecosystem.

Look out for a review of the JBL Link Bar in the near future.

Colman Ma - September 16, 2018
0
Civil, the blockchain startup looking to disrupt media, will be offering its crypto token to investors of all kinds – both accredited and unaccredited... 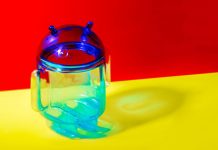