Japan’s top financial regulator is seeking answers from the operator of the Zaif cryptocurrency exchange, a situation that comes days after the trading site disclosed that it lost millions of dollars worth of crypto in a hack.

Zaif, which is operated by the Japan-based firm Tech Bureau, reported last week that it lost as much as $60 million worth of cryptocurrency – primarily bitcoin, bitcoin cash and monacoin – and that it had filed the incident with local authorities.

As the exchange detailed in a blog post from September 25, officials are pressing for more details about how the hack actually took place and the steps Zaif will take to recompensate customers whose funds were affected. And as Reuters further reports, the Financial Services Authority (FSA) wants to know why there was a “delay in reporting the hack.”

News sources reported last week that the FSA was moving to open up a probe into the Zaif hack, though at the time officials hadn’t issued a formal business improvement order, as they have now done.

According to the latest Reuters report, an official for the FSA was quoted as saying that the initial explanation pointed the blame at an employee’s computer being infiltrated.

“We have not received enough explanation on what exactly happened. What they told us is an employee’s PC was hacked,” the unnamed official said.

Perhaps most notably, the FSA could take “further action” against the exchange and its operator depending on the outcome of the inquiry.

The Zaif hack is Japan’s latest crypto-security incident, but not it’s largest. Coincheck reported in January that $520 million in NEM tokens were stolen by hackers. 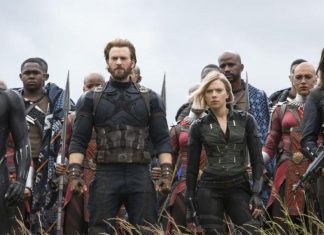 Colman Ma - November 27, 2018
0
MarvelNetflix is gifting us with some better-than-usual streaming choices in December.Beginning on December 1, subscribers can watch Jeff Bridges play "The Dude"...