Once hailed as the healthier end-all to smoking traditional cigarettes, public officials are becoming increasingly more concerned about e-cigarettes, especially in youth populations. Juul in particular has sparked heated debate since its launch of sleek, small vapes and sweet-flavored nicotine cartridges in 2015.

In fact, the World Health Organization actually singled out Juul in its latest report on the global tobacco epidemic (page 31, pdf), calling it one of the new industry players that “continue to subvert tobacco control” — so it’s no surprise that big cities are taking action and banning e-cigarette sales in an attempt to keep their residents healthy.

So are the Juul and other e-cigs bad for you or not? The evidence remains inconclusive because, unlike traditional cigarettes, e-cigarettes haven’t been around long enough to make conclusive “x equals y” claims. However, there’s plenty of reason to believe that some of the same perils apply. Below, doctors weigh in on the most significant health risks.

Read more: Is Juuling bad for your teeth? | How to quit Juul-ing, according to addiction experts

In May 2019, the Stanford School of Medicine released a study showing that the e-liquids in Juuls and other e-cigarettes could increase a person’s risk of heart disease by damaging the endothelial cells that line the interior of blood vessels.

When researchers exposed these cells to e-liquids, they began to show signs of dysfunction and disrepair, including DNA damage and cellular death. The scientists tested the endothelial cells by exposing them directly to e-liquid and blood collected from people who smoke e-cigarettes, and the damage occurred in both settings.

The Stanford researchers used human endothelial cells that they grew from stem cells, an ideal method for studying cells that are hard to isolate from patients.

“Until now, we had no data about how these e-liquids affect human endothelial cells,” said Joseph Wu, MD, PhD, director of the Stanford Cardiovascular Institute  in a statement. “This study clearly shows that e-cigarettes are not a safe alternative to traditional cigarettes.”

A possible link exists between e-cigarettes and seizures, Dr. Weinstein told CNET, explaining that “nicotine in abundance induces convulsive seizures by activating particular neurons in the amygdala, the part of the brain responsible for emotions, memory and survival instincts.”

This can be particularly problematic for children who come into contact with mislabeled e-liquids because they are more susceptible to nicotine poisoning, Dr. Weinstein said.

Throughout 2019, the FDA has been investigating incidents in which people, especially teens and young adults, who vaped suffered a seizure. In April 2019, the FDA said in a statement that it has received “35 reported cases of seizures following use of e-cigarettes between 2010 and early 2019.” What’s even more troubling is that the FDA says that in some cases, “Seizures have been reported as occurring after a few puffs or up to one day after use.”

As of August 7, 2019, the agency has now received 127 total reports of seizures and other neurological issues that followed using e-cigarettes. It is still investigating the link between the two.

It’s well-known that smoking traditional cigarettes during pregnancy significantly increases the risk of premature delivery, low birth weight, stillbirth and birth defects. Dr. Rajy Abulhosn, medical review officer for Confirm BioSciences, told CNET that the use of e-cigarettes may present just as much risk due to the nicotine they contain.

Furthermore, Dr. Abulhosn said that the US Surgeon General has shown that “babies born to mothers who used nicotine during pregnancy show long-lasting effects to both lung and brain development and function,” which means that someone’s use of e-cigarettes today can cause lasting health effects in the next generation.

The same study that found e-cigarettes to increase the risk of heart attack by 55% also found that e-cigarette use may increase a person’s risk of depression by 50%. The research does not outright say that vaping causes depression, but it’s likely that people who vape are more likely to already have depression and use e-cigarettes as a coping mechanism. Similar relationships have been found between smoking regular cigarettes and depression.

Young people are particularly at risk for psychological complications, because nicotine can alter the development of the prefrontal cortex, the part of the brain responsible for decision-making, personality expression and logic. The prefrontal cortex isn’t fully developed until around age 25, and using nicotine before then can increase a person’s risk of mood disorders, addiction and impaired impulse control.

There’s one other big concern when it comes to e-cigarettes and the brain: Research has found that a significant number of electronic nicotine devices generate vapor with potentially unsafe levels of manganese.

Manganese is an essential mineral that you need to get from food, but when inhaled, manganese “is delivered directly to the brain and can lead to hallucinations,” Dr. Weinstein said.

Chronic exposure to manganese can lead to manganese toxicity, a condition that develops silently over time and begins with nonspecific symptoms like headaches and fatigue. Over time, if manganese levels become high enough, toxicity can cause organ damage, hallucinations, difficulty concentrating, memory problems, and more. Researchers don’t know the actual threshold of manganese exposure at which these symptoms start to occur, but it’s always worth exercising caution.

E-cigarettes don’t burn tobacco or leave tar on your lungs like regular cigarettes do, but the e-liquids and aerosols in vapes do contain a number of chemicals that still harm the lungs and respiratory system, Dr. Laren Tan, a pulmonologist at Loma Linda University told CNET.

“A common misconception is that e-cigarettes are completely safe, since e-cigarettes do not appear to have the classic look, feel or smell,” said Dr. Tan, “[but] the intentional inhalation of particulates can still be harmful, especially in those with chronic respiratory diseases like asthma and COPD.”

Dr. Weinstein points one of those harmful compounds out as chromium. Also found in regular cigarettes, chromium appears to be present in e-cigarette emissions, and chronic inhalation of it has been shown to induce asthma, decrease lung function and cause cancer of the respiratory system.

Scientists and medical professionals won’t know for sure what kind of health complications are posed by e-cigarette use until e-cigarettes have been around long enough to establish causal relationships.

For now, they can only look to the similarities between traditional cigarettes and e-cigarettes and continue to accumulate new evidence — but with so many potential health risks, it’s worth paying attention to what health professionals are saying.

Colman Ma - September 17, 2018
0
New research by the World Economic Forum (WEF) has identified over 65 ways blockchain tech can be used to address some of the most... 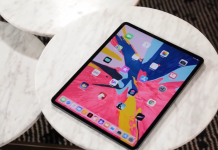