Bitcoin’s price action this year may be dismal, but it might not be without precedent.

Having hit a record high near $20,000 in December, the world’s largest cryptocurrency began 2018 backed a wave of optimism. Since then, however, it hasn’t translated this into gains for investors.

Rather, the price appears to be following a pattern last seen ahead of a bullish reversal from September 2015.

Why is that important for traders now? When the bull market ended last time around, we saw a violent drop in price whereby bulls were unable to produce any significant highs over the course of the year.

Comparing 2018 to 2015, there are other subtle similarities to draw on for analysts.

In both 2015 and 2018, the price experienced peaks up 36 percent from their respective troughs in July, a development only to be followed through by a poor August performance.

The difference, however, is that while 2015’s trend was finally broken by a higher high on July 6, bitcoin’s current bearish trend has not been breached in 2018. As such, breaking that trend at $8,500 (the previous significant high) could be key should history repeat.

September, then, could be the make or break for the comparison, as the current uptrend that began August 24, has been slow and steady resulting in a more convincing move as it edges closer to the previous monthly high.

Over on the daily chart, we can see BTC has produced a series of lower highs in the first seven months of 2018.

Bears who have been in full control since the start of the year have defied each attempt to move higher, slapping bulls down with added sell pressure. However, the subtle differences between each drop have lessened in intensity.

More importantly, despite the lower highs, the bears have repeatedly failed to secure a weekly close below the February low of $6,000. Further, BTC’s rally from the August low of $5,859 has created a first higher low of the year.

So, it seems safe to say that the stage is set for BTC to print the first higher price high of the year by moving above the July high of $8,500.

The author holds USDT at time of writing 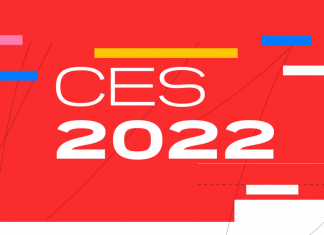 Samsung Galaxy Note 10: All of the key features that are...