Of the three new iPhones Apple announced Tuesday, two of them — the iPhone 11 Pro (starting at $999) and the iPhone 11 Pro Max (starting at $1,099) — break the $1,000 price threshold that Apple itself helped create when it introduced the iPhone X in 2017. Since then, the $1,000 superphone has become the norm for 4G devices, with premium 5G phones like the $1,300 Galaxy S10 5G and Note 10 Plus 5G reaching even higher costs. But what you get for your money doesn’t always line up the same, especially when you compare two phones with the same price.

In the case of the iPhone 11 Pro, its greatest competition are two Samsung phones: the recently-launched Galaxy Note 10 ($949) and March’s Galaxy S10 Plus ($1,000). Staunch iPhone fans, these Samsung devices will hardly matter. Rather, their question will come down to which iPhone 11 model to buy. But if you’re asking which high-end phone gives you the best value for money, the trade-offs are interesting and instructive.

Keep in mind that we won’t know which phone is “best” until after testing the iPhone 11 Pro and Note 10 or S10 Plus side-by-side. But we do have a pretty good idea how they’ll compete.

If you’re looking for the absolute cheapest premium phone, the regular iPhone 11 (which updates the iPhone XR) starts at $699, and the Galaxy S10E starts at $750. (If you want to get real low, here are the best phones we’ve tried for under $500.)

Galaxy S10 Plus has the largest OLED screen

For a long time, a bigger screen meant a better screen, but that’s an unfair summation now. If you prefer a smaller display, the iPhone 11 Pro’s 5.8-inch screen still gives you plenty of room to run, without the bulk of a bigger phone.

For pixel density, the Galaxy S10 Plus takes the crown, with 522ppi versus the iPhone 11 Pro’s 458ppi and the Note 10’s 401ppi. That said, these differences are usually negligible to the naked eye. What matters most is how brilliant the clarity, how crisp the detail and how legible the words are in bright light.

Color tone is also intangible — some screens look more yellow, and others a harsher blue. We’ll need to compare them side by side in a variety of lighting scenarios to know for sure. For now, let’s call it a draw.

In an Apple first both the iPhone 11 Pro and Pro Max get a third camera on the back, a 13-megapixel ultra-wide angle lens to go along with the main camera sensor and telephoto lens with 2x optical zoom.

Both Galaxy phones have this too, plus the ability to seamlessly switch among all three lenses. It’s the image quality we’re unsure about. In our previous photo tests, the Galaxy S10 Plus and iPhone XS each have an advantage, depending on the scene. But the iPhone 11 Pro has new sensors that could change the way that it processes pictures.

We’ll also compare the phones’ dedicated night mode, which Apple glossed over without sharing much about. The S10 Plus and Note use the exact same software and camera lenses.

Yet there are ways that the iPhone 11 Pro might stand out. Deep Fusion is a new Apple camera feature we’ll see in the future that promises to combine nine photos to make a single composition with great detail and reduced image noise. Apple also will let you start recording video while you’re taking stills, which is the first time we’ve seen this feature on any phone.

Selfies get way more attention, too, with a wide-angle view (the Galaxy phones have this, as well), slow-mo selfies and better 4K video recording. There’s a jump up from 7-megapixel to 12-megapixel as well. While these “slofies” are drawing internet fire, this is a feature I could see Samsung and other rivals adding to their phone within a year.

iPhone XS Max vs. Galaxy S10 Plus: The cameras battle…

Processing power is up in the air

Apple’s chipset is always a little inscrutable. The company compares speed and efficiency compared to the previous models, but it’s tough to weigh one processor — in this case the A13 Bionic chip — with another completely different chipset, the Qualcomm Snapdragon 855 used in the Galaxy S10 Plus and Galaxy Note 10.

Based on the iPhone’s 11’s video and photography promises (e.g., 4K video at 60fps, slow-mo selfies and the kind of computational photography you need to process night mode photos) we can guess its chips will be a beast. But so is the Snapdragon 855.

Once again, we’ll have to test everything from gaming silkiness and hard graphics rendering to photo processing speeds and even completing everyday tasks.

iPhone battery life could give Samsung the chase

Apple has told us just that the iPhone 11’s, Pro’s and Max’s batteries will last up to an hour, four hours and five hours longer than last year’s counterpart phones, respectively. That’s… not very descriptive, considering that everyone uses their phones differently.

Apple doesn’t share battery capacities the way every other manufacturer does, but CNET runs internal tests to establish a baseline we can use to compare phones. We start at 100% and loop a video in airplane mode (with volume and screen brightness at 50%) until it turns off.

We’re still testing the Galaxy Note 10, but so far the phone has an average of 16 hours run time. If that average holds and the iPhone 11 Pro’s battery life lives up to Apple’s claim, it could surpass Samsung’s $950 phone.

Apple doesn’t offer expandable storage and Samsung usually does (though the Note 10 is one exception). Apple also starts off the iPhone 11 Pro at 64GB of on-board storage compared to 256GB with the Galaxy Note 10 and 128GB for the cheapest Galaxy S10 Plus configuration.

Compared to the iPhone 11 Pro, Samsung gives you double the storage to buy the base model Galaxy S10 Plus (which also supports a 512GB external storage card), and quadruple the ROM if you buy the Note 10 (again, not to be confused with the $,1099 Note 10 Plus).

Security and software updates: iPhone 11 has the edge

Apple has always had the advantage here, since it can push software and security updates to all its supported phones at the same time. For example, iOS 13 will come to eligible iPhones on Sept. 19.

Meanwhile, most phone-makers take time to get the latest version of Android in line with their proprietary software skins. For example, Google’s Pixel phones are the only ones to sport Android 10 right now. Samsung and others do routinely upgrade their phones with patches, but major OS updates take longer to sync up.

Extras to push you over the edge

When we’ll have a winner

We’ll get to those as soon as we can. In the meantime, here are the five iPhone 11 camera features we’re looking forward to most and here’s the full spec comparison among all the new iPhone 11 models. 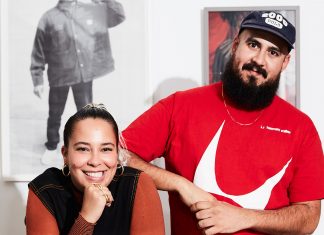 Colman Ma - January 2, 2019
0
Brian Procell along with his accomplice in work and life, Jessica Gonsalves.The man behind N.Y.C.’s most influential classic spot...