We might see Apple adopting the “Pro” naming convention for the fanciest iPhone in its 2019 lineup. An anonymous Twitter account that correctly leaked the names of last year’s iPhone XS, XS Max and XR suggested that we’ll see an iPhone 11 Pro when Apple unveils this year’s offerings next month, MacRumors reported.

Apple didn’t immediately respond to a request for comment, but we’ll know for sure in September.

The Mediterranean Diet Named the Best of 2019 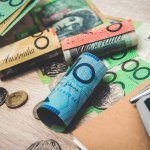