If you own an iPhone 6S or 6S Plus, it’s definitely been a while since you upgraded to a new phone. In fact, a lot has happened during the four years since Apple launched the 6S. Obama is no longer president, Game of Thrones has come to an end and eight newer iPhone models have launched, the most recent ones being the iPhone 11, 11 Pro and 11 Pro Max at an Apple Event held on Tuesday. While the iPhone 6S is able to run iOS 13, it lacks the sheer bounty of features, utility and convenience that the iPhone 11 provides.

Unless you’re determined not to lose the headphone jack, 3D Touch and fingerprint reader that come with the iPhone 6S, it might be time to ponder the things you’d gain buying an iPhone 11. Here’s how things stack up between the iPhone 6S and iPhone 11.

iPhone 11 is a bigger value than the iPhone XR

Let’s start with your wallet. In 2015, an entry-level iPhone 6S cost $649 for a 16GB model and $749 for a 64GB version. On Friday, you’ll be able to order a baseline iPhone 11 with 64GB of storage for $699. Apple will also give you up to $100 if you trade in your used iPhone 6S or up to $120 for the 6S Plus — but obviously, you’ll get less or even nothing if your phone is in rough shape. It’s also worth noting that you could get more money for your 6S selling it privately or finding a deal with a carrier.

When the iPhone 6S launched it packed a number of significant features for its single rear camera including optical image stabilization (OIS), cinematic stabilization on the 6S Plus model and the ability to shoot 4K video.

The camera system on the iPhone 11 absolutely blows away the 6S pretty much in every way. To start, there are now two rear cameras, one wide and one ultra-wide, that provide 2x optical zoom, portrait lighting mode and night mode as well as what looks to be the best video quality ever found on a phone.

The iPhone 11 brings significant improvements to the selfie camera by treating it more like a rear camera. The new front-facing camera has a 12-megapixel sensor, is able to frame wider and can record slow-motion videos or “slofies” (eye roll at the name).

4-year-old battery vs. a more powerful one

If you bought your 6S when it first launched, that means the battery inside it is four years old. It most likely doesn’t hold its charge as long as it did when it was fresh out of the box. When CNET tested the iPhone 6S battery in 2015, it lasted 10 hours and 30 minutes playing continuously while in Airplane mode.

Apple estimates that the battery in the new iPhone 11 will last one hour longer than the iPhone XR which lasted 19 hours and 53 minutes in our tests last year. There is no doubt you’ll get more than double the battery life going from an iPhone 6S to an 11.

Apple’s A series chips are the most powerful processors found in any phone. All that power not only gives you a fast, capable phone when you first buy it, but it also ensures that it will be powerful enough to run newer versions of iOS for years.

The A9 processor found in the iPhone 6S is four years old and is still able to run iOS 13. But the new A13 Bionic inside the iPhone 11 will without question be much faster and more efficient than the A9. Hopefully the A13 will also have a four- or five-year life span like the A9.

Bezels of a bygone era

One of the most obvious examples of how phones have changed since the iPhone 6S are its thick bezels and pronounced chin and forehead. And while I’m not the biggest fan of the notch, it does allow the past few iPhone generations to have a more contemporary and sleek look while maximizing how much display you get.

In fact, the display on the iPhone 11 should be brighter and have a wider gamut of colors. It also has a feature called True Tone that adjusts the screen’s white balance automatically to match the light in the surrounding environment.

Keep in mind that the iPhone 11 has wireless charging and has a dust- and water-resistance rating of iP68. The iPhone 6S doesn’t have either.

You should also consider that the iPhone 11 comes in six colors whereas the iPhone 6S came in four, two of which were gold.

Animoji, Memoji and other iOS 13 features

As far as iOS 13, there isn’t much that the iPhone 6S won’t be able to do — at least in theory. The small print at the bottom of Apple’s iOS 13 page is pretty sparse when it comes to features that won’t work on the 6S which largely seem to be Animoji, Memoji and camera features such as portrait mode.

But probably the most exciting prospect for the iPhone 6S, aside from Dark Mode, will be improvements to speed and battery life. It remains unclear how drastic these gains might be. But if it’s anything like the improvements iOS 12 brought to the iPhone 5S, many people will be happy.

At the end of the day, there’s nothing wrong with keeping your trusty iPhone 6S for another year. But as an iPhone 6S Plus owner myself, I find the improvements and new features the iPhone 11 offers kind of hard to resist. And something tells me in a year, I won’t get $120 for my four-year-old phone. 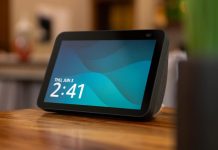