We expect Apple to unveil a brand-new iPhone in less than three weeks. And yet, oddly, many of the rumors — and nearly all of the most exciting rumors — about forthcoming Apple phones do not concern that particular model, expected to be called the iPhone 11. Rather, most of the really cool stuff is slated to debut on the following iPhone, which probably won’t be introduced until September 2020.

Not ready to commit to foldables? LG’s Dual Screen could be... 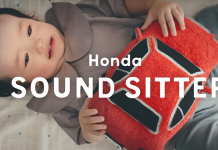