A long-rumored acquisition that finds two of the crypto industry’s leading entrepreneurs teaming to back the world’s sixth-largest blockchain has been confirmed.

Announced Monday, Chain, which raised more than $40 million from financial institutions including Visa and Nasdaq, in the process helping define the narrative for business interest in the technology through its partnerships and stage appearances, has been acquired in an undisclosed deal by Lightyear.io, a startup building on the Stellar protocol.

Closed officially September 5, the deal will find both brands combining to form a new entity called Interstellar to be helmed by former RRE Ventures partner and Chain CEO Adam Ludwin, who will serve as Interstellar’s CEO, and Jed McCaleb, the creator of the XRP and Stellar protocols, who will be acting CTO.

The combined company will retain “100 percent” of Chain’s employees, according to Ludwin, including co-founder Devon Gundry, who will remain on as chief product officer. All told, about 60 employees are now employed by Interstellar, Ludwin said.

While terms of the deal were not disclosed, Ludwin affirmed in interview that shareholders were bought out and that it was “a good deal for investors.” Early estimates had pegged the deal as valued at nearly $200 million, which if true, would make it one of the year’s largest.

However, while interest will likely remain high on the deal’s lingering details, Ludwin and McCaleb were keen in interviews and statements to place their emphasis on the future.

In fact, Ludwin went so far as to suggest that the acquisition by Lightyear shouldn’t be viewed as a change in direction, even though Chain’s work focused largely on private blockchains.

“If you look at our work with Visa, Citi, in every case, we made huge progress, but we would also find ourselves at an impasse when it was the partners who had to instantiate a blockchain. We needed a chain that anyone could access.”

In Ludwin’s words, Chain got “Stellar envy,” when it realized the open-source project was succeeding on its goal of creating a platform that could excel at asset issuance, albeit largely with startups.

At the time, McCaleb, Ludwin said, encountered a reciprocal problem. Created in 2014 and managed by the non-profit Stellar Development Foundation, the protocol’s coders were looking for a link to institutions that could help them commercialize their work.

That said, also notable is that Ludwin said Interstellar does not intend to play an active role in the market for the Stellar cryptocurrency, XLM, saying that Interstellar is a “software” play.

“It’s about the platform layer to make the network as powerful and useful as possible for those organizations that want to leverage stellar,” he continued.

Still, for those involved, today’s represents the conclusion of a process that began as far back as early 2018, when McCaleb first approached Ludwin for a meeting.

Ludwin said that while the two have been acquainted since 2014, they “didn’t know each other super well” prior to discussing how they might solve mutual problems.

In this way, Ludwin said that early meetings were mostly about establishing relations.

At the time, details about a potential sale began to emerge, with CoinDesk first learning that Chain was in discussions to be acquired by a company affiliated with Stellar in May (though details remained unclear as to the mechanics and entities involved in the deal).

Ludwin confirmed that the two companies examined multiple ways to structure the deal, which added to the length of the acquisition talks, as did efforts to retain existing employees. He declined to indicate if the liquidation of any cryptocurrencies was used to facilitate the acquisition.

Elsewhere, Ludwin sought to distance Interstellar from comparisons to one McCaleb’s early efforts, San Francisco-based Ripple, a company for which McCaleb served as founder and CTO before the relationship devolved into high-profile legal battles.

For one, Ludwin said that Interstellar would seek to work with the Stellar Development Foundation to grow the software in concert with other for-profit startups.

“Ripple is focused on international B2B networks, being crypto Swift for banks. Stellar has increasingly become the platform of choice for issuing tokens of all kinds,” he said.

Still, like Ripple, Ludwin said the new company will continue to work to bring open-source software to the firms with which Chain already had established projects.

Interstellar, he said, will continue to use its cloud blockchain service Sequence, introduced last October, and will also make use of the tech behind its Chain Protocol, a suite of tools designed to enable private blockchain networks, launched in 2016.

As such, he said the products will be used alongside software from Stellar’s non-profit arm, enabling the company to work with both private and public networks.

“What you’re going to see from Interstellar is a convergence of the two. Where it makes sense to have assets in a private environment, we’ll use Chain’s products, when it makes sense for these assets to be transferred over a network, we’ll use stellar,” he said, adding:

“You don’t think I’m on a public network or I’m on a private network, I’m on my computer, doing work.”

In interview, Ludwin also addressed his journey as an entrepreneur working closely with blockchain and cryptocurrencies, noting that in many ways this could be viewed as a kind of third version of a vision he began pursuing in 2014.

At launch, Chain was focused on providing products for bitcoin developers, emerging as a well-financed competitor to early Silicon Valley startups such as Gem and Coinbase, then both pursuing a model in which they sought to court coders.

Chain would later raise $30 million from major financial institutions in 2015 in a repositioning that found the company seeking to become the preferred partner for businesses that wanted to leverage blockchain to leverage the technology to create new products.

Still, Ludwin said the goal at all times as been the pursuit of technology that would enable a platform for the creation of new assets, ones that, like bitcoins on the bitcoin blockchain, would be defined by cryptography and peer-to-peer networking.

To that end, Ludwin suggested he’s merely been more aggressive in pursuit of this vision, willing to ride the twists and turns of one of the tech industry’s fastest-moving sectors.

“Have we experimented with approaches? Heck yeah, but if you’re in this industry and you haven’t, you’re not likely to get it right on the first stab.” 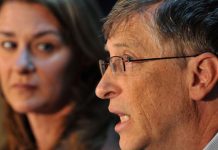 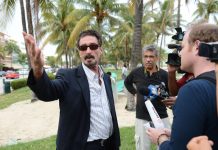