Space history rarely unfolds smoothly. The Indian Space Research Organization (ISRO) hoped India would become just the fourth country to soft-land a spacecraft on the moon with its Chandrayaan-2 mission.

Everything looked good for the descent of the Vikram lander on Friday until it lost communication at just 1.3 miles (2.1 kilometers) above the moon’s surface. The lack of information left the world watching in suspense. We may now have a better idea of the lander’s situation.

The Press Trust of India reported Sunday that ISRO located the lander on the lunar surface. The Chandrayaan-2 orbiter, one prong of a mission that included the orbiter, lander and the Pragyan rover, used its on-board cameras to pinpoint the landing site at the unexplored south polar region of the moon.

“It must have been a hard landing,” ISRO Chairman Kailasavadivoo Sivan told PTI. Sivan said the condition of the lander is unknown but that ISRO is still attempting to contact the machine.

Despite the likely loss of the lander and rover, Chandrayaan-2 will persevere through the work of its orbiter. The spacecraft “shall enrich our understanding of the moon’s evolution and mapping of the minerals and water molecules in the polar regions,” ISRO said in a statement on Saturday.

ISRO has yet to issue a formal update on the lander location. 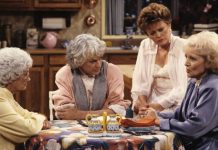