Memorably in Star Wars: Episode V – The Empire Strikes Back, Luke Skywalker travels to Dagobah to train under Jedi Master Yoda. The training challenges Luke physically, emotionally and psychologically, and Yoda is as fair as he is tough. But imagine if Darth Vader had trained Luke instead. He definitely wouldn’t win any “teacher of the year” awards, but I’d definitely want to see what the old Dark Lord could teach someone who is new to the Force.

In the new Star Wars virtual reality experience Vader Immortal: Episode II, the Dark Lord of the Sith is here to teach you a few tricks. And when I say here, I actually mean it because one of the amazing aspects to this VR game is the ability to show scale and presence. Vader is no small potato.

I met with the creators of the upcoming game and watched the first few minutes on Friday at Disney’s D23 Expo in Anaheim, California. and the footage isn’t available online, but I can tell you it looks insane.

The full title of the game is Vader Immortal: A Star Wars VR Series — Episode II. In this VR sequel, you meet a pre-Rogue One powerful and strong Lord Vader who’s taken a liking to you and wants to personally train you in the ways of the Force. I know, both awkward and amazing, right?

At D23 I talked to Jose Perez III, a senior experience designer at ILMxLAB, creative executive Matt Martin and Ben Snow, who directed the game. They discussed how the galaxy’s greatest villain shapes up as a teacher.

“It’s good to hang out with Vader,” said Snow. “He can’t really be a Yoda-like mentor to you. He’s going to be more the bad dad or the hard-ass coach that chucks a medicine ball at you.”

To which Perez replied that Vader is like a really mean Mr. Miyagi from The Karate Kid.

The game picks up right where Vader Immortal: Episode I left off. You’ve mastered combat with a lightsaber, and now it’s time to learn to use the Force to fight. You get to sharpen your skills in the upgraded Lightsaber Dojo II that not only forces you to fight with a light sword, but also master using the Force to move and grab and throw things. Best of all, you can hurl your lightsaber at an enemy, watch it cut them in half and have it return to your hand like a boomerang. And this is all done with a single button along with moving your hand.

“I look at something, I point, I can pick it up and I can pull it towards me. I can throw it,” said Perez. “And it’s all the way you would think it would work.”

It wouldn’t be Star Wars without creatures and boy does ILMxLAB, the maker of the VR game, have a doozy for you. It’s called the Darkghast and in the concept art shared at D23 Expo, it looks like a cross between a Rancor from Jabba The Hutt’s palace in Return of the Jedi and the Mind Flayer from Stranger Things 3. Apparently, the Darkghast has a mouth that is the size of you (hint, hint) and yes, you’re going to have to fight her.

“You want to talk about cool VR, when you’re dealing with this giant Rancor-like thing right in your face that is incredible,” said Perez.

There’s no release date yet for Vader Immortal: Episode II, but as Martin reminded me we’ve already been waiting for something like this VR game for decades.

Vader Immortal: Episode II is “what people have been wanting for the last 40 years – the idea of stepping into Star Wars. This is really the best opportunity to do that.”

Colman Ma - October 2, 2018
0
Formosa Financial Announces Client on Boarding Q4 2018 Mithril Client #1 This is a paid-for submitted press release. CCN does not endorse, nor is responsible for... 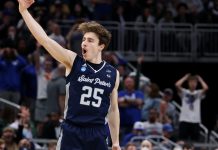