Nintendo really does ruin everything. Allow me to explain.

Two days ago, my 6-year-old son learned a new word, and that word was “resilience.”

We were in the car. Just 15 minutes earlier his friend from school was visiting. There was an argument over a toy. I won’t bore you with the details, but the end result was wild: the visiting child 1 inch away from my own son’s face, screaming at the top of his 6-year-old lungs demanding my kid hand over an ooshie or a Beyblade. I can’t remember what exactly. Insanity.

When I gently intervened, the child bizarrely burst into tears, inconsolable.

“Why was he crying?” My son later asked innocently, as I was driving.

“He doesn’t have resilience,” I said, immediately regretting it.

Great. Now I had to explain “resilience” to a 6-year-old, driving a car, in traffic. While my youngest son sang the first 10 letters of the alphabet on loop. Honestly, it’s a miracle my children are still alive.

What is resilience? Good question.

But first let’s talk about Nintendo and how it ruined my son.

On the day my son learned the meaning of the word “resilience,” Nintendo released a downloadable pack of 20 SNES games for the Nintendo Switch, free to anyone subscribing to Nintendo’s Online Service.

I lost it. In a good way. As a 38-year-old man who enjoys video games there’s not a thing on this planet that evokes more nostalgia than SNES games.

The SNES, aka the Super Nintendo, is one of the best game consoles made by human hands. It has a game library second to none and the ability to play these games on the Nintendo Switch for free is a real cause for celebration. Some absolute classics are on the list: Super Metroid, The Legend of Zelda: A Link To The Past, Yoshi’s Island.

Both my children share my love of video games and I was looking forward to playing the games of my childhood with them. Children who terrifyingly refer to 8-bit and 16-bit Mario games as “Minecraft Mario.”

No surprise here: they loved them.

But one thing did surprise me: The difficulty. My 6-year-old is fairly competent at video games — most recently he played and completed Super Mario Odyssey by himself on the Nintendo Switch — but Super Mario World? A game with limited save points, one-hit kills and some fairly tricky platforming? It was a frustrating experience for a child used to the gentle coddling of today’s video games.

“Ah,” I nodded in the most patronizing way possible. “This is what video games were like when Daddy was little.”

When times were grim up north in my native Scotland, when we got an orange and a lump of coal in our Christmas stocking and we were thankful. When video games didn’t have constant checkpoints, or unlimited lives. When we played soccer with potatoes and walked 5 miles barefoot to school, through sleet, snow and hail.

Look, I’m painfully aware I’ve become the worst possible 2019 version of my own grandparents. The absolute worst. I accept this.

I’m also a terrible parent. Terrible. Right now we’re driving to school and my son’s lunchbox has a handful of Ritz crackers in it. I’m lazy. I yell too much. Sometimes I boil two eggs, pour a tin of cold baked beans over them and call it dinner.

But the one thing I’m obsessed with as a dad is making sure my kids are resilient. To me, resilience is the greatest gift a parent can bestow upon a child.

My definition of resilience? The ability to push through difficult times. The ability to fail and keep trying till the job is done. To take pleasure in hard times and revel in the lessons learned. “Your brain’s getting bigger,” my wife and I tell both of our kids whenever something is pushing their limits physically or mentally.

I do a bunch of stupid things in an attempt to build resilience.

To earn pocket money, for example, I give my kids challenges. Yep, that’s right. I literally pay my children cash-money when they achieve something that pushed their limits. Some of these challenges are educational, some are utterly ridiculous. I once gave my kid $5 to jump in an outdoor swimming pool deep in the heart of winter. When he was 5, I gave him $10 because he taught himself how to front flip on a trampoline. He has $20 waiting for him when he learns his multiplication tables.

Parenting is a dark, mysterious black hole that swallows logic instead of light.

Does it work? No idea. And if someone says they know, they almost certainly don’t. Parenting is a dark, mysterious black hole that swallows logic instead of light. No one understand what works, and if they say they do they’re full of shit.

What can I say? I’m a maverick.

We both screwed up

Anyway. Back to video games. Back to Nintendo. It screwed up. Big time.

Actually, you know what, we’re both to blame. We both screwed up.

The screwup I’m referring to: the rewind function Nintendo has added to the SNES games available on the Nintendo Switch.

It’s a convenience thing. If you die or you missed something important you can press the ZR and ZL buttons together and literally rewind the game, scrubbing your mistake from existence. It’s a concession of sorts. Old video games are less forgiving, Nintendo seems to be saying, so here … have a rewind function, you puny kids.

I, in a moment of weakness, forgetting all my grand ideas about teaching resilience, showed my 6-year-old the rewind trick after he’d spent a good five minutes complaining about a boss battle in Super Mario World. “Here, just do this,” I said, grabbing the Switch impatiently.

And that was that. Teaching moment gone. Having a hard time on that there video game son? Here’s how you can completely and utterly cheat your way to victory.

So it’s Nintendo’s fault for making the goddamn rewind feature. But it’s my fault for showing my son how to use it. Game over man, game over.

A world where no resilience is required.

What the hell Nintendo? And what the hell past me? What were you thinking? Unraveling years of hard work with a feature that robs future Mark of the ability to use video games for convenient teachable moments, steeling my children for real life challenges to come.

Is my kid gonna be able to use a rewind feature when he gets fired for turning up an hour late for work? Or getting a girl pregnant in high school?

Is he gonna be able to push ZR/ZL when he doesn’t look twice before crossing the road and gets run over by a garbage truck?

Nintendo, please. What are we doing here? What am I supposed to do? Be a better parent? It’s too late for that. I’m six years deep in this parenting gig and I’m a disaster. The worst. That’s why I need big corporations — like Nintendo — to make my job easier, not harder. Jesus. Nintendo: Delete the rewind function. Do my job for me. Is that too much to ask?

I need all the help I can get. 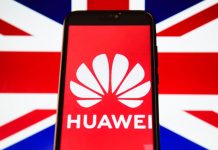 Life on Mars could use dust to hijack a ride across...