Make the sign of the devil, bang your head and get ready to rock. The Hubble Space Telescope has found a very weird “heavy metal” planet that has scientists as excited as a superfan at a Metallica show.

WASP-121b is snuggled up close to a star that’s hotter than our own sun. Gravitational forces are doing a number on the exoplanet, stretching it into the shape of an American football. The planet’s upper atmosphere hits a toasty 4,600 degrees Fahrenheit (2,540 Celsius). That’s hotter than a face-melting guitar solo.

But those aren’t the planet’s only wild features. Hubble saw something even stranger: “The observations represent the first time that so-called ‘heavy metals’– elements heavier than hydrogen and helium — have been spotted escaping from a hot Jupiter, a large, gaseous exoplanet very close to its star,” NASA said in a statement on Thursday.

Iron and magnesium are hitching a ride out into space as the exoplanet sheds hydrogen and helium gas. This means WASP-121b’s lower atmosphere is so hot the metals stay in a gaseous form.

“The heavy metals are escaping partly because the planet is so big and puffy that its gravity is relatively weak. This is a planet being actively stripped of its atmosphere,” said David Sing of Johns Hopkins University, lead researcher for a paper on WASP-121b published in The Astronomical Journal.

We’ll never be able to see WASP-121b up close in concert, though. It’s located 900 light-years from Earth, so we’ll have to be content with telescope observations of the oddball exoplanet.

Hubble is a joint NASA and European Space Agency project. This data is helping researchers learn more about how planets lose their early atmospheres as they get closer to their host stars. All hail WASP-121b. You rock. 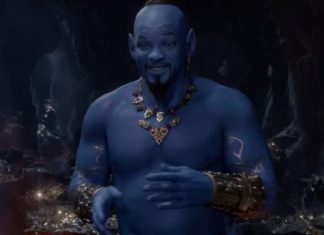