Ever since Apple unveiled its much-loved and much-mocked AirPods, tech companies around the world from Samsung to Chinese startups have been producing their own rivals to the wireless earbuds. Huawei has its own AirPod rival, and on Friday at IFA showed off the latest version of the headphones: the FreeBuds 3.

Huawei has opted for an open-fit earbud design with stems, tucked inside a circular and glossy black or white case. The FreeBuds 3 boast four hours of battery life and an additional 20 hours with the case. Huawei claims that the FreeBuds charge 100% faster than AirPods 2 or 50% faster if they’re charged wirelessly.

The most remarkable feature of the FreeBuds is the adaptive noise cancelation (ANC), which is unusual in headphones of this size. Huawei claims the FreeBuds are capable of 15-decibel ambient noise reduction. Bone conduction technology can tell when you’re speaking and, combined with a refreshed microphone duct, can block out the wind and allow you to continue your conversation even if you’re travelling 20 kilometers per hour.

The FreeBuds also boast Huawei’s freshly announced A1 wearable chips. It’s 5% smaller than any chip Huawei has used before, which doesn’t sound like much, but according to greatly increases flexibility of what can be incorporated inside a headphone of this size. The chip’s combination of Bluetooth 5.1 and Bluetooth Low Energy 5.1 should enable faster sound transmission (for Ultra HD quality audio) and decrease energy consumption.

The chip should also appear inside other Huawei wearables, including other headphones, smartwatches, neckbands and eyewear. 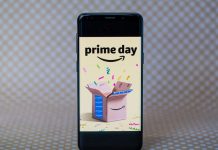 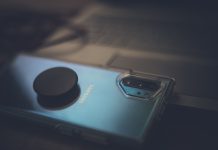