5G has been a source of unrest for Huawei. The US government, worried that Huawei could build security flaw “backdoors” into 5G and other communications infrastructure, has pressured governments around the world to avoid using the Chinese giant’s equipment. With 5G still a year or two away from the mainstream, Huawei has now started looking to the next generation of mobile internet.

The Chinese company is researching 6G at its R&D center in Ottawa, Canada, reports The Logic. Obviously, this is a forward-looking move on the company’s part. It doesn’t expect 6G to become a reality in any meaningful sense until around 2030.

Huawei was blacklisted in the US in May, with President Donald Trump additionally signing an executive order essentially banning the company in light of national security concerns that Huawei had close ties with the Chinese government. The government’s fear is that the Chinese government could use infrastructure Huawei builds in the US and other countries for spying or espionage. Huawei has repeatedly denied that charge.

Trump’s Huawei blacklist, which has since been reversed, meant that the company was blocked from using American products, which includes Google’s Android system. Huawei last week unveiled HarmonyOS, an operating system for smart devices, like Smart TVs, car infotainment systems and more, which the company says can be used to power its phones if the US does re-block it from using Android. 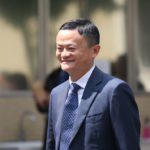