In May 2019 the US government banned Huawei from using any software or hardware created by American companies, meaning its popular line of phones could no longer use Android as an operation system. Now, in response, Chinese state-run media publication Global Times said that, yes, Huawei is in the process of creating its own proprietary operating system called ‘Hongmeng’.

An unnamed source told the publication that Huawei will release a 2,000 yuan (roughly $290) Hongmeng-powered phone in the fourth quarter, and that it’ll show up “along with the Huawei Mate 30 series.”

If true, this means Hongmeng would be used on Huawei’s lower-tier phones while Android, which Huawei is once again able to use following Trump reversing his previous blacklisting, will power flagship devices like the Mate and Pro phones.

This would make sense, as in July Huawei executive Catherine Chen said Hongmeng is being built, but not for phones. It’s designed for internet-of-things (IoT) devices, like smart TVs, noting that it contains far fewer lines of code than a phone OS. Bumping the OS sophistication to run on low-end phones would be similar to a strategy sometimes employed by Samsung, whose Tizen operating system powers smart watches, cameras and the occasional budget-priced phone.

But Huawei’s comments on Hongmeng haven’t been completely consistent, as company founder and CEO Ren Zhengfei said last month that Hongmeng is “likely” to be faster than Android. He did say, like Chen, that Hongmeng is intended to work across IoT devices, and noted Huawei was working to create an app ecoyststem to rival the Google Play Store and Apple’s App Store. 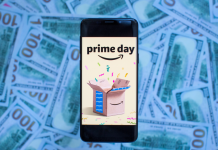