HTC did something revolutionary as it made its latest VR headset for customers: It listened to its clients. The end result is a brand new “standalone” headset known as the Vive Cosmos. It’s basically better in every way compared to original Vive that preceded it. The Cosmos is geared toward present HTC Vive owners and VR fans who need greater relaxation, enhanced visuals and the ease of not needing to put those up Lighthouse base channels around a space. I invested a while together with all the $699 Cosmos and was impressed with it. But I’m interested about how it will fair from the Oculus Rift S, yet another superior consumer VR headset which just costs $400.

HTC Vive Cosmos appears like a glistening gloss on exactly what a VR headset is now as opposed to a bold autonomous leap forward. For HTC’s customer base, the Cosmos appears like it’s precisely what they desired. But for your VR landscape as a whole, one must expect that another wave of VR cans forces the medium even farther.

The HTC Vive Cosmos will soon be accessible on Oct. 3 and you can preorder it today. By how, when you preorder the Cosmos, you receive a 12-month Viveport Infinity subscription using more than 700 matches and VR experiences.

The Cosmos has Frank Gehry appears

The Vive and Cosmos seem like they were produced by different businesses. The Vive is characterized with its bulbous spider black headset littered with big dimples. The Cosmos on the flip side looks fine with its own navy blue front. The faceplate resembles something the architect Frank Gehry sculpted. On front are vents which may easily double as a public art sculpture albeit a very modest one. Overall, that the Cosmos appears a whole lot more approachable and friendly compared to the first Vive.

But those ports on the front are not just for display. They additionally allow for venting to keep your face and head from becoming too hot. The mesh face plate is detachable under which you’ll come across a little fan to cool both built-in cameras in addition to help relieve some of the warmth all around your face.

Take a longer in-depth look at the Vive Cosmos and all its parts below.

No more Lighthouse base channels

The first Vive relied upon outside-in monitoring which entailed establishing laser-emitting boxes which HTC calls Lighthouse base channels around a space. Positioning the base channels and attaching them into shelves or walls was a small nuisance to say the least.

To simplify matters, the Cosmos uses inside-out monitoring via six cameras which continuously scan the space. AI can be used to identify sections of your surroundings. Inside-outside monitoring is rapidly becoming the new standard into VR as Microsoft and Oculus already use it in their own cans.

One of their most impressive attributes of this Cosmos is your resolution. It’s 1,440X1,700 pixels (per eye) or two,880X1,700 pixels together with a refresh rate of 90Hz. The first Vive needed a resolution of 1,080X1,200 pixels (per eye) or two,160X1,200 pixels united. Each pixel features RGB sub-pixels to help decrease the “screen door effect” aka those rainbow patterns that you see on a display. HTC asserts the lenses have 40% greater clarity compared to Vive.

There are VR headsets that offer even more resolution, but it is wonderful to see HTC create this kind of improvement to get a user headset.

I attempted the VR experience theBlu on either the Vive and then the Cosmos and could immediately see difference. One of the most noticeable improvements was text. I can actually read it without having to move ridiculously close to it.

HTC also improved the pass through cameras which are now in color. The quality is definitely low-res but it’s nice to know you can double press the Vive button on the controller to instantly see what’s around you without taking off their headset. The pass through cameras also automatically activate any time you step outside the play area.

When I first donned the Cosmos, I went to a place called the Origin — which sounds like something out of Westworld. Basically it’s a wide open deck that’s elevated over water with a view of the Golden Gate Bridge. At one point, there has been an orca swimming by.

The Origin is kind of like your home base. It eases you into VR and teaches you how to use your controllers by accomplishing small tasks. There’s even a pod-like homestead which you can explore.

Another new feature is a heads-up display called The Lens — again very Westworld-y. You can bring up your own Lens during a VR experience to access controls as well as these Viveport library of VR experiences along with games.

Price drops in our favorite products

CNET may get some commission from these types of offers. 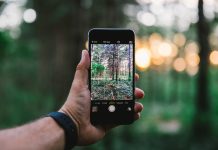