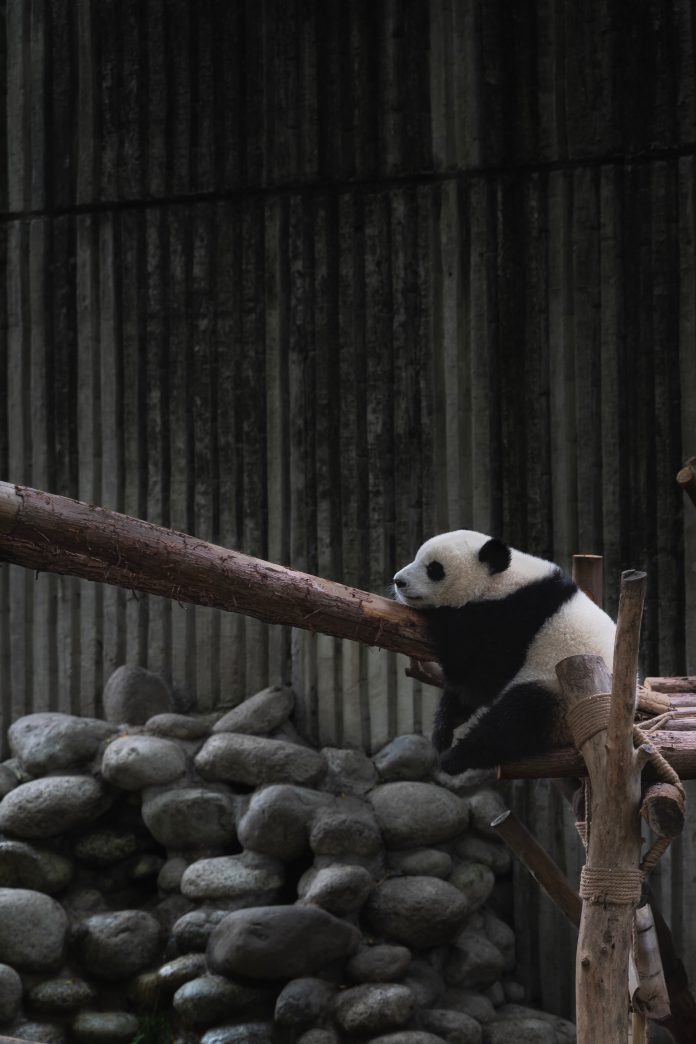 This story is part of To the Moon, a series exploring humanity’s first journey to the lunar surface and our future living and working on the moon.

Funny thing about the first human to walk on the moon, the most famous astronaut of all: Earlier in his life, he thought the outstanding achievements in aviation had happened already.

“I was disappointed by the wrinkle in history that had brought me along one generation late,” Neil Armstrong told biographer James Hansen. “I had missed all the great times and adventures in flight.”

Born in 1930, Armstrong came of age after the glory days of Charles Lindbergh and Amelia Earhart, Eddie Rickenbacker and the Red Baron. Fortunately for him, the space age was just about to unfold, and it would lead to the Apollo 11 moon landing mission, with Armstrong serving as commander and making that famous first step.

It’s a story documented by Hansen in the 2005 Armstrong biography First Man, the source material for the movie of the same name. Hansen served as a consultant for the movie, which starred Ryan Gosling as Armstrong.

Armstrong, who died in 2012, had his share of adventures in flight, even before Apollo. A naval aviator during the Korean War, he flew combat missions off an aircraft carrier, and once was shot down. As a test pilot for NASA and its predecessor, he soared in experimental aircraft, including the rocket-powered X-1B and X-15, the latter of which briefly, and dangerously, slipped out of the atmosphere at the edge of space. He first went into orbit in the Gemini VIII mission — and had to wrestle an out-of-control spacecraft back into a trajectory that would allow a safe return to Earth.

To mark the 50th anniversary of Apollo 11, we’re rerunning this interview with Hansen, originally published last October for NASA’s 60th anniversary and the debut of First Man, the film. What follows is an abridged version of our conversation.

How would you describe Neil Armstrong in a nutshell?
Hansen: He was very focused, disciplined, very mission- and job-oriented. It took a toll on his family life. But I think he was the perfect person for the Apollo 11 commander role, just the consummate engineer. Foremost in his mind he was an aeronautical engineer.

How did that factor into his experience as a pilot and as an astronaut?
Hansen: A test pilot, a research test pilot, is really an engineer. It’s someone who’s not just flying a plane or trying to break records but who really understands the systems that are involved in flight and is trying to get the most information and data from every [part] of the flight. They’re very careful flyers.

What about his time as a Navy pilot?
Hansen: That was certainly Neil’s formative experience. The unique thing about it is the end of your flight is always landing on a carrier. That may be the hardest thing in the whole flight.

The other part is just that Neil was 20 years old when he started flying fighter planes with the Navy and then was sent right off to Korea [and] flew 70 combat missions. He was the youngest guy in his fighter squadron. He really had this very visceral, emotional connection to that first group of men that he flew with in combat.

The [Apollo 11] mission was, land the thing safely and then get back off and come back home.

Armstrong thought when he was still a young man that he’d missed aviation’s greatest era. How crazy is that?
Hansen: Yeah, very crazy. I guess partly you can’t predict what’s going to happen. As a boy, besides building models of all the famous aircraft of the era, he was also an inveterate reader of flight magazines, and so he knew all about Lindbergh and Wiley Post, Jimmy Doolittle and so forth, and so that’s when all the records and record flights were being made.

After the war, when he begins his college education, you’re right in the era where you’re moving into jet planes and flying transonically, and then into missiles and rockets and going to the edge of the atmosphere. He was just on this wave of change that was taking place technologically.

He actually went into space before he was technically an astronaut, on the X-15, correct?
Hansen: That’s right. The X-15 actually did fly outside of the negligible atmosphere, so technically did qualify, and he was involved in the very first test flights.

The X-15 program is little known today. How did it help set the stage for the space era?
Hansen: The concept was, let’s design something that flies so high and so fast that we can get out of the atmosphere and test the controls that are going to be necessary for spaceflight. This was going on all well before Sputnik, and the idea is, we’re going to build some sort of hypersonic fighter. We’re going to incrementally learn what we need to know, and something like the X-15 — which is kind of an antecedent of the space shuttle — that’s going to be how we’re going to get into space. But to build a shuttle would have taken many, many more years.

It was another two decades.
Hansen: Project Mercury [which put the first Americans in space] was conceived as, how can we do this the fastest? After Sputnik, the X-15 loses the limelight. Now all of a sudden we know that’s not the way we’re going to beat the Russians into space, and Project Mercury and the astronauts come along, and NASA’s pushing that. All the attention goes to the man-in-space program.

What did Armstrong personally expect from the Apollo 11 mission?
Hansen: His entire focus was landing it. Apollo 10 had been a complete dress rehearsal. I mean, it did everything except land. What 11 has to do that none of [the previous missions] has done — and this in my view makes it the most dangerous mission that has been done yet — 11 had to land. He wasn’t thinking about what he was going to do when he stepped off the ladder, and what he was going to say. The mission was, land the thing safely and then get back off and come back home.

In the book, you quote him as saying that it was “business as usual” and “just another flight.”
Hansen: That’s just kind of typical Neil understatement. The training was like the training he had done for all his flights over the course of his career, but he knew that this hadn’t been done before, and he had a major responsibility. He had the major responsibility. As the commander, he was going to be landing the thing.

Partly [it’s] his engineering personality — his approach to the mission would not have been that much different than his [typical] approach, to learn everything you can about the systems and what you need to do, and don’t screw it up.

When he and Buzz [Aldrin] get into the lunar module and detach from the command module in lunar orbit and head down, they were flying this thing for the very first time to land it on the moon. There were some pretty hairy moments — the onboard computer was taking them down into a site that was not quite what they wanted and Neil had to take over manually. They maybe had 20 or 30 seconds of fuel left when he actually got it down.

The director of the movie has described First Man as an action movie.
Hansen:  The very first scene is a dramatization of one of his X-15 flights where he kind of balloons up out of the atmosphere. You get up out of the atmosphere, none of those [normal aircraft] controls work — he barely makes it back to the landing. And then you’ve got the Gemini VIII flight in March ’66, where they make the first docking in space but then one of the thrusters sticks open and they go in this wild spin and really they nearly black out. If that happened, they would have died.

And then there’s the drama of the moon landing itself.
Hansen: Absolutely. And the LLTV accident where he has to eject. [The LLTV was the Lunar Landing Training Vehicle, nicknamed the “flying bedstead.” Said Hansen: “It was a really weird machine, and he almost died in it a year before his flight when he had to eject just this fraction of a second before the thing blew up. Very hard to fly.”]

All of those scenes are gonna be pretty action-filled, but it’s not action, action, action all the time. There’s a lot of drama. The personal story of Neil and his family is very, very central to it, [as is] Neil’s relationship with other astronauts, especially Ed White, who was the first one to do a spacewalk for the United States in Gemini, and Ed dies in the Apollo fire.

A mission drama is really what it is. It’s kind of edgy and has a dark side to it. It really focuses on the risk and the loss, the deaths that occur, the close calls Neil had himself, and the price that was paid in his relationship with his wife Janet and his children.

How involved were you with the movie?
Hansen: I reviewed every version of the script, from the very first outline by Josh Singer. I felt a big responsibility to Armstrong. I realize that a movie’s a movie, and they’re going to take some liberties, and I was OK with that. But my number one goal was to make sure that their characterization of Neil, and the dialog they used with him and what they had him doing, was as accurate as possible.

And I think they did a tremendous job.

How well do you think Hollywood represents NASA?
Hansen: I was a big fan of Hidden Figures, and I was especially interested in that one because my very, very first book for NASA, back in the ’80s, I actually interviewed a number of those women that were mathematicians. So the story they told, I knew it quite well from my own research.

Apollo 13 was done really, really well. The Right Stuff I think is a great movie but is really kind of farcical in some respects.

What do you foresee for NASA’s plans for going back to the moon in the 2020s?
Hansen: It’s a very interesting and unpredictable sort of environment, with the emergence of some very strong and growing corporate entities like SpaceX and Blue Origin. I hope that it doesn’t mean NASA becomes even less important over time. … What NASA does, it’s responsible for taxpayers’ money and kind of the national interest. Armstrong felt that over the decades NASA had done a lot to build up a culture of safety.

What we’ll need to develop is a strong partnership between NASA and industry. There always has been. But NASA never surrendered the main role of actually running the operation or designing the systems. How this develops over time, a lot will depend on what Congress and the president do with it. I think the next half-dozen years or so, if we’re gonna get back to the moon — things are underway to make that happen but not as focused as it will need to be.

NASA turns 60: And it’s reinventing itself for the SpaceX era.

It’s not just a space agency: How NASA makes your airplane flights better than ever.