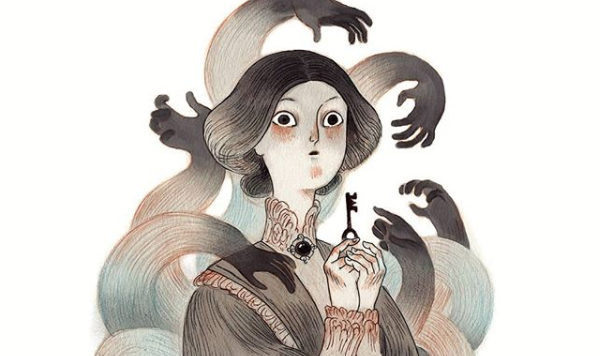 Rioux, an author and illustrator based in Ottawa, Canada, first posted the drawing as part of the #drawthisinyourstyle hashtag.

#Drawthisinyourstyle is an Instagram phenomenon. A popular art exercise where artists take each other’s drawings and redo them in their own style, it’s evolved into a worldwide art conversation that’s currently 720,000 posts deep.

Images that kick off a #drawthisinyourstyle challenge are often quirky — a girl with giant anime eyes and yellow boots crouching under a pink umbrella, a woman with bangs and an hourglass figure standing in front of giant circular leaves. There’s usually something distinctive about the original drawings — striking props or features. Artists apply their own touches, and a whole new universe is born.

David Sierra Listón, a children’s illustrator based in Madrid, saw Jo Rioux’s drawing and instantly fell in love with it.

“I felt like her illustration … was telling a story,” Listón said.

Listón drew it in his style, adding his version to what’s now a mind-blowing pile of more than 5,000 iterations of the key-holding Victorian lady Rioux first put out into the Instagram universe on Jan. 13, 2019.

As far as these challenges go, that’s a lot.

Scroll through the posts tagged with #joriouxdrawstyle (the hashtag Rioux made to corral versions of her drawing). You’ll find drawings faithful to the original and others that opt for the abstract. At times, the woman looks vacant or desperate. Hands claw at her hair and her dress.

Other times, she looks like she could wield supernatural powers. The hands can be comedic antagonists, poking her or giving her rabbit ears. In one version, the woman is a cat entranced and tangled in yarn.

The creations amount to thousands of little windows into the internet’s creative subconscious, letting viewers in on the darkest, funniest, quirkiest tendencies of the Instagram art community.

Jo Rioux’s mysterious Victorian woman, with her cryptic, wide-eyed expression, grew out of a sketch she did in October 2017 during InkTober, a monthlong challenge where artists post ink drawings online.

Upon looking at the sketch again, Rioux said it reminded her of the story of Bluebeard, a folktale about a man who kills his wives. After he marries his eighth wife, he gives her a key and tells her she can go anywhere in the house she wants except one room. Eventually, she enters that room and discovers the bodies of the seven previous wives, drops the key in blood, and thanks to a pesky enchantment, can’t clean the key to hide what she’s done. Bluebeard will find out.

For Rioux, the hands in the drawing are those of the murdered wives, and the look on the woman’s face the realization of what her fate might be.

Those mysterious elements — the hands, the key, the face — proved to be part of what attracted the attention of illustrators from places including the US, Russia, Spain, Ukraine and France.

“I felt like I could change it a bit and make it my own,” said Jordan Stewart, who works at a graphic design agency in Provo, Utah.

Stewart likes drawing fantasy characters, and he’s got a sense of humor about them. In his variation on Rioux’s illustration, the woman isn’t consumed by an onsetting horror. She’s about to take a giant bite out of a cheeseburger.

Artists say participating in the #drawthisinyourstyle is fun and accessible.

Sometimes the biggest artistic challenge is figuring out what to draw, Rioux and Stewart say. #Drawthisinyourstyle solves that.

For Kelsey Eng, a Los Angeles-area animator who’s worked as an artist for Nickelodeon and Cartoon Network, it’s a chance to refine her own style. She realized her preference for the contrast between curves and sharp edges. She enjoyed figuring out what details to add —  like black nail polish, earrings and extra ruffles on the woman’s dress.

Eng also felt like it was a way to branch out, create something completely different. She talked about another #drawthisinyourstyle she did of a blue-skinned demon girl.

“Usually my characters are more representative of my personality, which is quiet, but his character had more attitude,” she said. “I’ve never drawn a character with a horn coming out of her head.”

Thomas La Padula, an adjunct professor at the Pratt Institute and a longtime illustrator, said that while an older guard of professional illustrators might not get the idea of producing a piece for fun versus pay, anything that gets people drawing has merit.

Plus, there are other benefits — engaging with other artists in what can be a solitary pursuit, showing off new work and maybe even getting a new portfolio piece.

“That’s the beauty of the internet,” he said. “You can see people’s work, where before you had to see it in print.”

Since Rioux’s first outing into #drawthisinyourstyle, she’s drawn six variations of other artists’ work, including the girl in front of the brightly colored leaves, which in her reworked version has a soft, earthy color palette.

She believes #drawthisinyourstyle expands our notion of what’s possible.

“I think everyone really enjoys seeing one idea through a thousand different lenses.” 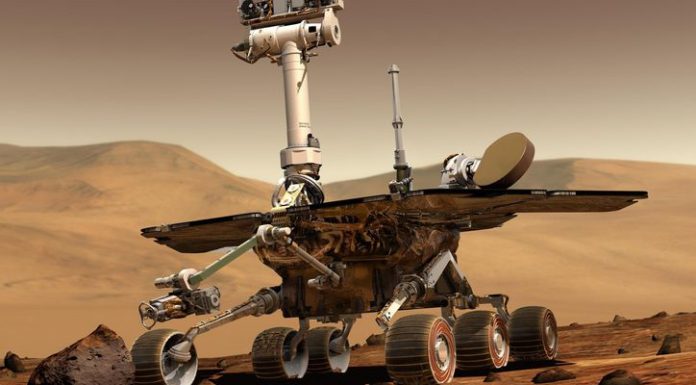 Tropical Storm Barry: How Verizon, AT&T, T-Mobile and Sprint prep for mobile coverage in the face of disasters

Elon Musk hits back at SEC, calls its motion a ‘power grab’