In crypto markets, history doesn’t repeat itself, but it does rhyme.

In light of ether’s emphatic and near 40 percent recovery in price since mid-September, there’s reason to believe the calls for a “bottom” in the price of ethereum’s cryptocurrency ether (ETH) do have some merit. As it turns out, the current market structure of ETH against its BTC pair is very similar to that of the structure formed during its bottom in December of 2017 before its more than 400 percent bull run.

If this were to come to fruition, a bottom in ETH/BTC would act as a leading indicator for its USD pair and for the altcoin market in general. Since the majority of altcoins are programmed following the ERC-20 token standard using the ethereum blockchain, there has long been a positive correlation between the performance of ETH and the rest of the altcoin market.

ETH/BTC Past and Present

Visually, the two market structures look similar, but there are three distinct similarities that are worth exploring below.

Forming a low above a previous low is known as a “higher low (HL)” and is a sign of bullish move gathering momentum. Further, a “higher high (HH)” pattern also indicates that the bull market is strengthening.

This HL-HH pattern is evident in both charts on the 4-hour time frame and interestingly, the second higher low in both structures formed on the 0.5 Fibonacci retracement.

Exponential moving averages (EMAs) are created by averaging the price of an asset over a specified period of time while putting more weight on recent price information. The tool is useful for traders because price tends to find support or resistance on the EMAs, and the longer the period, the stronger its effect.

The 100 and 200-period EMAs are highlighted in both charts because the way price reacted to them is very comparable. In both cases, the ETH/BTC ratio struggled to find acceptance above the 200 EMA (purple). The price fell back to the 100 EMA (yellow) where it found support and formed its second higher low.

Interestingly, history is rhyming at near identical price levels.

Last but not the least, the rising wedge breakdown confirmed earlier this month looks similar to the one we saw in December 2016.

A similar thing may happen this time as ETH/BTC has bounced off the 0.5 Fibonacci retracement, giving hope to bulls that the breakdown may once again be short-lived.

Using fractals to compare past and present market structures is speculative in nature since history never repeats exactly as it did before. It’s worth playing devil’s advocate to identify differences between the two structures and how things might go awry.

Flipping resistance to support is a bullish price development which was evident in the 2017 market structure but is lacking in the current structure. As can be seen, price in 2017 was able to form its second higher low directly on top of what was a prior resistance level, a bullish sign.

Once again, price found support on top of prior resistance when it spilled out of form its rising wedge, further showing its bullish strength. The current market structure could be seen as less bullish since it failed to hold prior resistance as strong support when it formed its second higher low.

ETH still has some proving to do, and there’s no guarantee this will play out, but it will surely be something interesting watch unfold over the coming days.

Apple opens up hacker-friendly iPhone to researchers at Black Hat 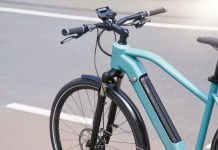