Adapting Alan Moore and Dave Gibbons’ Watchmen graphic novel hasn’t exactly been all smiles. But HBO has stepped up with a TV series sequel of sorts that promises to keep the nostalgia of the original while breaking new ground. An official trailer from HBO brought a truckload of vigilantes, wrapped up in a war with the Tulsa Police Force. Plus, several characters from the graphic novel are set to take the TV stage. (Read: Watchmen en español.)

Let’s unpack what we know about HBO’s Watchmen TV series, which premieres Oct. 20.

As for the name Blake, it suggests she’s connected in some way to Edward Blake, aka the Comedian, who died in the movie adaptation.

Angela Abar: Previously thought to be leading the cast as Angela Abraham, King is in fact playing Angela Abar, according to a HBO press release. Abar is the lead detective of the Tulsa Police Force and a mother of three. The police force must wear masks to protect themselves from the vigilantes raiding their homes, but Abar must also wear a metaphorical mask while looking after her children.

It’s also been speculated her crime fighting persona is Hooded Justice, a mysterious male vigilante in the graphic novel, who appears in the trailer clad in a red cape and a trademark hangman’s noose around his — or her — neck. However judging by the official HBO trailer, Abar looks to have her own less conspicuous outfit.

Ozymandias: Next on the prestigious cast list, Jeremy Irons takes on the role of “the aging and imperious Lord of a British Manor,” aka an older Adrian Alexander Veidt/Ozymandias if the reports are correct. The billionaire genius who masterminded world peace in Zack Snyder’s 2009 movie adaptation may have more grand plans for the world (or at least Tulsa, Oklahoma) in the TV adaptation.

For the best look at the new series so far, go no further than the official HBO trailer, which landed last week. There seems to be a female buddy cop duo forming between King and Smart’s characters, which we’re very down for. And did anyone see that weird tree hologram? The surprises keep on coming.

Just peeping out of Marvel’s massive shadow, HBO made its mark at San Diego Comic-Con this year with a full Watchmen trailer. It offers a deeper look into plot details, including an explanation of why the police of this world wear yellow masks — to protect their identities from vigilante attacks. One of the most exciting clips is a shot of a blue hand picking up a blue mask. Is the space-traveling Dr. Manhattan ready to set up life back from Mars?

Our first look at HBO’s eight-episode adaptation reveals there’s not just one Rorschach mask-wearing vigilante out there, but a whole underground community. Their speaker, featured at the very beginning of the trailer, says, “We are no one, we are everyone and we are invisible.”

That doesn’t bode well for the fate of this alternative universe, where the “hibernating” vigilantes appear to be enacting an uprising that may lead to a “reckoning” and war with the Tulsa Police Force. The ominous chanting of “ticktock, ticktock” certainly sends a chill.

The trailers establish a war between an uprising of Rorschach mask-wearing vigilantes, reportedly known as the 7th Calvary, and the Tulsa Police Force, who also don masks to both protect their own identities.

The Tulsa, Oklahoma setting, looks to contain Lindelof’s adaptation on a slightly smaller scale, although Dr. Manhattan nips off to Mars. With this story taking place after the events of Snyder’s movie, characters like the Comedian are likely to remain dead in the TV show’s timeline. But this doesn’t mean Lindelof can’t still dip into the graphic novel’s cast of characters who haven’t been portrayed on screen yet.

HBO offers a fairly general description of the plot that covers Lindelof’s intentions to offer a fresh take on the original story without compromising its bones.

All the way back in 2009, before Snyder’s Watchmen came out, Lindelof described to CBR how the movie had influenced his writing: “From the flashbacks to the non-linear storytelling to the deeply flawed heroes, these are all elements that I try to put into everything I write.”

HBO has confirmed Lindelof’s “revamp” is coming Oct. 20 2019, and according to IMDb, the first series will be eight episodes, one hour each, so there’s hefty screen time for the large cast of characters.

This story was originally published Oct. 19, 2018 and is updated as news comes out. 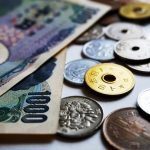