HBO Max could launch with a starting cost of $14.99 a month, the same as a current HBO subscription, NBC News reported Thursday. WarnerMedia CEO John Stankey is also considering April 2020 as the launch date for the new streaming service, the report said, citing sources.

WarnerMedia’s HBO Max is set to launch in spring 2020, and will include content like Doctor Who, Friends, Game of Thrones, Sex and the City, The Sopranos, Veep, the Gossip Girl sequel and Sesame Street, and movies including Wonder Woman and Fantastic Beasts and Where to Find Them.

Also coming to HBO Max are Shows from The CW network like Pretty Little Liars, Batwoman and Riverdale spinoff Katy Keene, as The CW winds down its streaming deal with Netflix.

According to the NBC News report Thursday, sports programming could also join the HBO Max service in future. 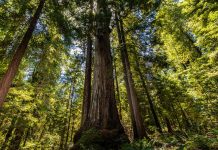