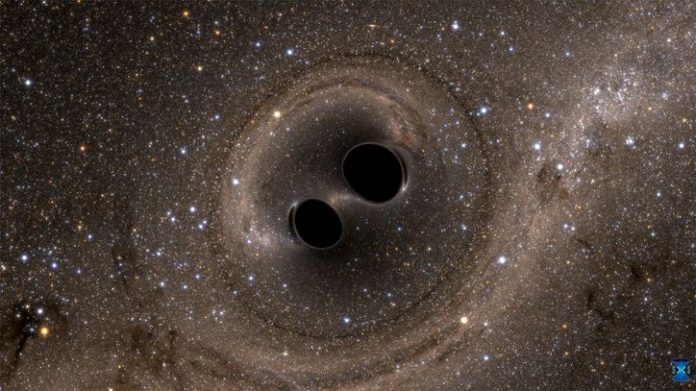 Our ability to detect gravitational waves is about to level up.

The Laser Interferometer Gravitational-Wave Observatory (LIGO) facilities, residing in Washington and Louisiana, will be upgraded via grants from the US National Science Foundation, UK Research and Innovation and the Australian Research Council — providing stronger, more frequent detections and decreasing noise.

Over $34 million will be provided for the upgrade which makes LIGO sound like the latest iPhone. When it is complete, LIGO will go from its crusty old 2015 “Advanced LIGO” phase to the “Advanced LIGO Plus” phase.

LIGO’s twin facilities both contain two 4-kilometre long arms that use lasers to detect minute disturbances caused by extremely energetic cosmic events — like black holes merging. The incredibly high-powered events are responsible for gravitational waves, rippling out through spacetime the same way water does when you drop a rock in a pond. By the time they reach Earth, the ripples are so small that only incredibly tiny disturbances in LIGO’s lasers can detect them.

On Sept. 14 2015, the facilities provided the first evidence for a black hole merger — and in turn, the existence of gravitational waves — just four days after a three-year long upgrade. That discovery earned the lead scientists a Nobel Prize.

“We are poised to discover whole new types of phenomena, and we will now receive entirely new insights on familiar objects,” said astronomer Bryan Gaensler shortly after the discovery.

Since that first world-changing detection, LIGO has seen 10 black hole mergers and a single, huge collision between two incredibly dense stars, known as neutron stars. The latter was such an extreme event that not only did it send ripples through spacetime but also was visible across the planet, detected by telescopes on the ground and in low Earth orbit.

The proposed upgrades will greatly increase the number of events that LIGO will detect. With only 11 under its belt so far, Reitze even expects we might see “black hole mergers on a daily basis” and describes neutron star mergers becoming “much more frequent”.

All that extra power adds up, hopefully revealing some of the cosmos’ deepest, darkest secrets.