A memo written by a Google employee, which alleges she was targeted with discrimination and retaliation during her pregnancy, has gone viral within the company, according to a report Monday by Motherboard.

The 2,300-word memo, titled “I’m Not Returning to Google After Maternity Leave, and Here is Why,” was posted on internal message boards at the company and viewed by more than 10,000 people, Motherboard said.

The document, which was posted by Motherboard with the author’s name redacted, says the writer’s manager had made inappropriate comments about pregnant women in the past. When the writer — who was also a manager — reported her own manager to human resources, she reportedly experienced retaliation. When the writer was getting ready to go on maternity leave herself, she says her boss said she wouldn’t be guaranteed her managerial role when she returned.

“I’m sharing this statement because I hope it informs needed change in how Google handles discrimination, harassment and retaliation,” the memo reads. “Also, if anything similar has happened to you, know that you’re not alone.”

Google on Monday didn’t address the memo, but said it doesn’t condone retaliation.

“We prohibit retaliation in the workplace and publicly share our very clear policy,” a Google spokeswoman said in a statement. “To make sure that no complaint raised goes unheard at Google, we give employees multiple channels to report concerns, including anonymously, and investigate all allegations of retaliation.”

Google has faced allegations of retaliation in the past. In November, Google employees held a massive walkout over the company’s handling of sexual harassment allegations targeted at key executives. Two of the walkout organizers, Claire Stapleton and Meredith Whittaker, said they faced retaliation from management for their organizing efforts. Stapleton departed the company in June and Whittaker left last month. 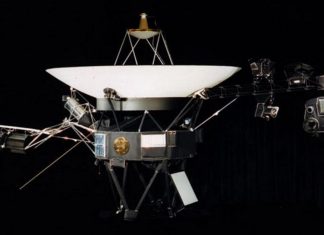