Can’t get enough of images that purportedly show Google’s Pixel 4 XL phone? You’re luck. We’ve already seen a cache of such shots, as well as a video, and now there’s more. Vietnam-based phone shop D Store Mobile has leaked twenty or so pictures of a white “test model” of the Pixel 4 XL, according to a report. 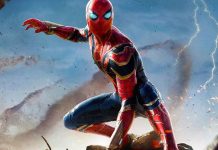