Google’s Pixel 4 may still be a few weeks out, but not even Google’s wealth of teasers have slowed down the leaks around the company’s next device. The latest look comes via XDA Developers, which has apparently obtained images showing off the phone. Whereas Google has officially teased the rear cameras and front top bezel — which includes a Project Soli sensor for gestures and improved face-unlock tech — XDA shows off the entire body of the phone.

It looks like Google has ditched the two-tone color scheme that has long been a design feature of the Pixel line, but beyond that not much can be gained on the hardware side. The leaked device is running on Sprint, however, so it is possible we’ll see the new phone launch at the carrier, as opposed to just Verizon like past Pixel launches.

With the launch of the Pixel 3A in May, Google expanded the carriers selling the Pixel to include T-Mobile, Sprint and US Cellular in addition to Verizon and its own Project Fi.

The search giant has traditionally updated its Pixel line in the fall, though it remains to be seen if the company’s new flagship will come in a 5G flavor if it does indeed head to Sprint.

Google did not immediately respond to a request for comment.

Pixel 4 may have been spotted in public 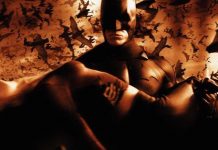