Alphabet, Google’s parent company, is dealing with an onslaught of controversies, including antitrust scrutiny, employee protests and concerns over everything from extremism on YouTube to its work in China. But none of those scandals has affected one of the most important things for the company: its bottom line. Alphabet’s business recovered in the second quarter, after stumbling during the first three months of the year.

In the quarter ended June 30, Google’s parent, Alphabet, tallied $38.94 billion in sales, beating analyst estimates of $38.14 billion, the company said Thursday. Earnings per share were $14.21. Analysts on average had expected $11.30 per share, according to Thomson Reuters.

In the second quarter, Alphabet continued to pour money into projects that don’t make money through advertising. The company’s “Other Bets” division, which includes its moonshot projects like driverless cars and Verily health tech initiative, spent almost $1 billion in operating costs, up from $732 million the year before.

Google CEO Sundar Pichai also said that sales of the company’s Pixel line of smartphones had doubled in the second quarter compared to last year. The growth was driven in part by the release of the Pixel 3A in May, a mid-tier version of Google’s flagship phone. Pichai also said that Google’s cloud division is generating $8 billion in revenue a year.

Alphabet’s muscular financial performance underscores its market dominance, which has been under the microscope of regulators. Most recently, the US Department of Justice on Tuesday said it’s opening an antitrust probe into the Silicon Valley giants, including Alphabet, to examine the market power of the big tech platforms.

“We understand there will be scrutiny,” Pichai said on an analyst call Thursday, when asked about regulatory concerns and the increased attention from the Justice Department. “We will engage constructively. It’s not new to us. We have participated in these processes before.”

Google also continues to deal with internal strife. That includes the fallout from last year’s historic walkout over the company’s handling of sexual harassment allegations targeted at key executives. Two of the walkout organizers, Claire Stapleton and Meredith Whittaker, said they faced retaliation from management for their organizing efforts. Stapleton departed the company last month and Whittaker left earlier this month.

YouTube has also been a source of intense controversy. Earlier this quarter, YouTube refused to shut down the channel of Steven Crowder, a conservative comedian who hurled homophobic and racial slurs at Carlos Maza, a Vox journalist who is Latino and gay. In response, Google employees protested the company during San Francisco’s Pride parade last month.

On the conference call, CFO Ruth Porat said the company is trying to secure the video site from harmful content, like misinformation and extremist videos. But taking down that content has only had a “negligible” impact on YouTube’s revenue, Porat said. She called YouTube Alphabet’s “second largest driver of revenue growth.”

IBM calls for regulation on facial recognition instead of bans 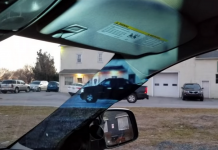 This Pennsylvania Teenager homebrewed an Imperceptible A-pillar for Automobiles